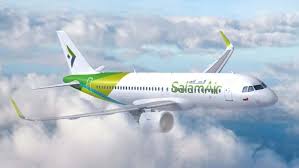 Muscat: A SalamAir flight that was flying from Muscat to Kathmandu was diverted to Patna due to poor weather in Nepal.

SalamAir flight OV427, which was scheduled to land in Kathmandu on Sunday, 3 January, was forced to make a temporary halt in Patna, the capital of the Indian state of Bihar, before proceeding to the Nepalese capital once the weather had cleared up.

An official from SalamAir said, “Due to low visibility brought about by the weather conditions in Kathmandu airport, flight number OV427 was diverted to Patna airport. After the improvement of the weather, the flight departed Patna airport and landed safely at Kathmandu.”