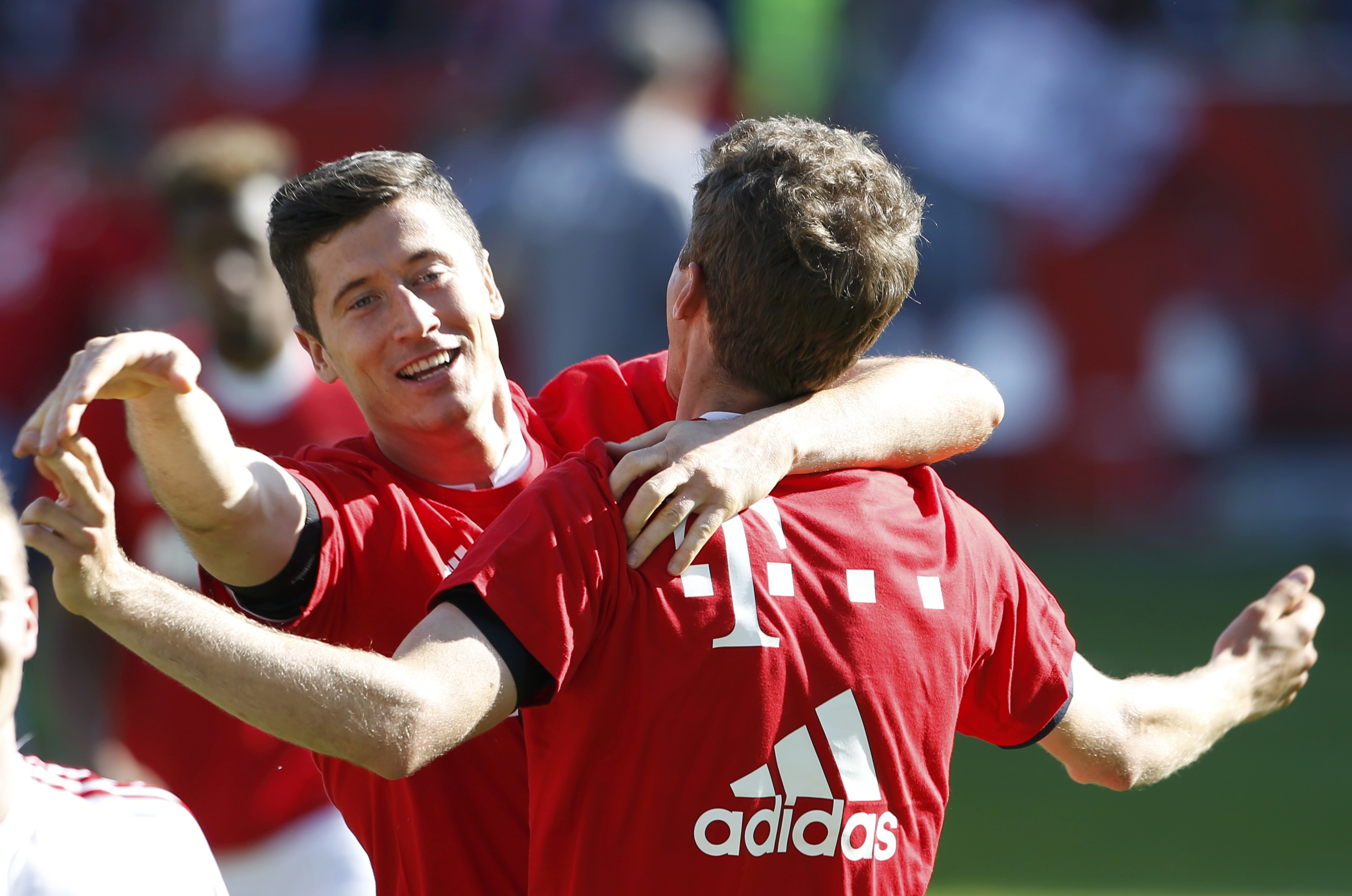 Berlin: Bayern Munich secured a record fourth consecutive Bundesliga title with a game to spare on Saturday after a 2-1 victory at Ingolstadt helped them put the disappointment of their midweek Champions League semi-final exit behind them.
The Bavarians made sure of their 26th German league crown thanks to two goals from top scorer Robert Lewandowski in the first half to go eight points clear of second-placed Borussia Dortmund, who lost 1-0 at strugglers Eintracht Frankfurt.
Bayern can clinch the double when they take on Dortmund in the German Cup final on May 21 in Berlin.
The final whistle sparked a Bayern party at the 15,000-seater Audi Sportpark, with forward Thomas Mueller grabbing a loud hailer to lead chants with the fans.
In coach Pep Guardiola's penultimate league game after three seasons in charge, Bayern set the tone with two goals in the first half, with Lewandowski opening the scoring from the penalty spot.
They took their foot off the gas, however, to let Ingolstadt back into the game with a 42nd-minute penalty of their own with the hosts also missing several good chances in the second half.
Borussia Moenchengladbach's Andre Hahn scored twice in a 2-1 comeback victory over Bayer Leverkusen that all but secured fourth place and a Champions League qualifying round spot.
Gladbach are on 52 in fourth with Mainz 05, Hertha Berlin and Schalke 04 on 49.
Former champions Werder Bremen managed only a goalless draw at Cologne and will now battle it out with Frankfurt on the last matchday to avoid relegation.
Werder are in the relegation playoff spot on 35 with Frankfurt on 36. VfB Stuttgart, Bundesliga champions in 2007, are in 17th on 33 points after their 3-1 loss to Mainz 05.