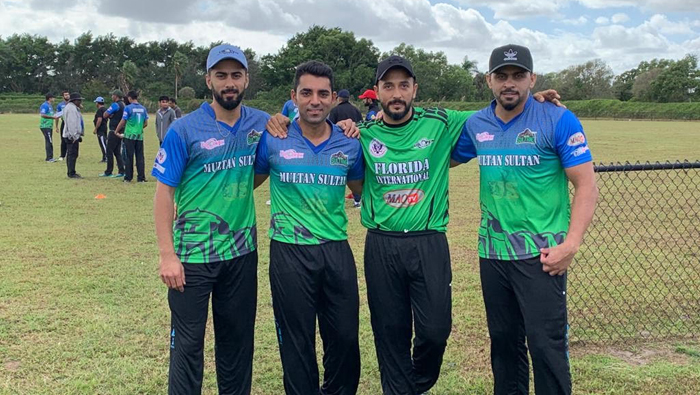 Muscat: Sufyan Mehmood is an ace Omani cricketer who has played in the 2014 ICC World Cricket League Division Four tournament. He made his Twenty20 International debut for Oman against Hong Kong on November 26, 2015. Since then he has never looked back.
In March 2019, he was named in Oman’s team for the 2019 ICC World Cricket League Division two tournament in Namibia and in September 2019, he was named in Oman’s squad for the 2019 ICC T20 World Cup Qualifier tournament.
Sufyan is a right-arm medium bowler and bats with the left hand.
Impressed by his scintillating performance, Sufyan was invited to play in the US open T20 which featured cricket stalwarts such as Sunil Narine, Samuel Badree, Umar Gul, Sohaib Maqsood, Ali Khan among others.
All the matches the Omani cricketer played for Florida International were shortened to 10 overs as the rains played spoilsport.
Nevertheless, it was a good learning experience for Sufyan to take part in such a prestigious tournament with the top world cricketers.
“Such tournaments help boost confidence and give you ample exposure. They sharpen your skills and help prepare better for the future. The more you play, the more you learn,” said Sufyan while talking to Times of Oman.
“Different countries have different playing conditions. Some pitches assist spin bowlers, some fast bowlers. Bowling is an art. So you have to learn to bowl as per the conditions. This is the biggest takeaway while playing on foreign turf,” added Sufyan.
He also thanked Oman Cricket for the support he got that helped him shape his career an excel in the cricketing arena.
While playing for Florida International, he also got an opportunity to face PSL franchise Multan Sultans. Though he bowled economically in all the games, he got only one wicket. While batting for his team, he was not out in all the matches.