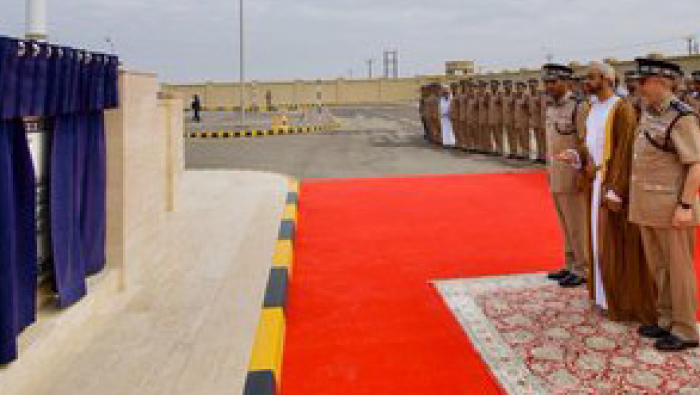 Mahout: The Royal Oman Police (ROP) celebrated on Monday the opening of a new police station and service building in the Wilayat of Mahout in Al Wusta.
The opening ceremony was held under the patronage Sheikh Me’athad bin Mohammed Al Ya’aqoobi, Governor of Al Wusta in the presence of Maj.Gen Sulaiman bin Mohammed Al Harthy, Assistant Inspector General of Police and Customs for Administrative and Financial Affairs.
The ceremony was also attended by senior officers of ROP, other security and military units .
The opening of Mahout Police Station comes in line with the ROP’s ongoing expansion drive designed to cover all governorates of the Sultanate, as well as bringing its services closer to the community. The new ROP building will provide security services for the citizens and residents, in addition to other services related to passports and residency, civil status and vehicles technical check-up.