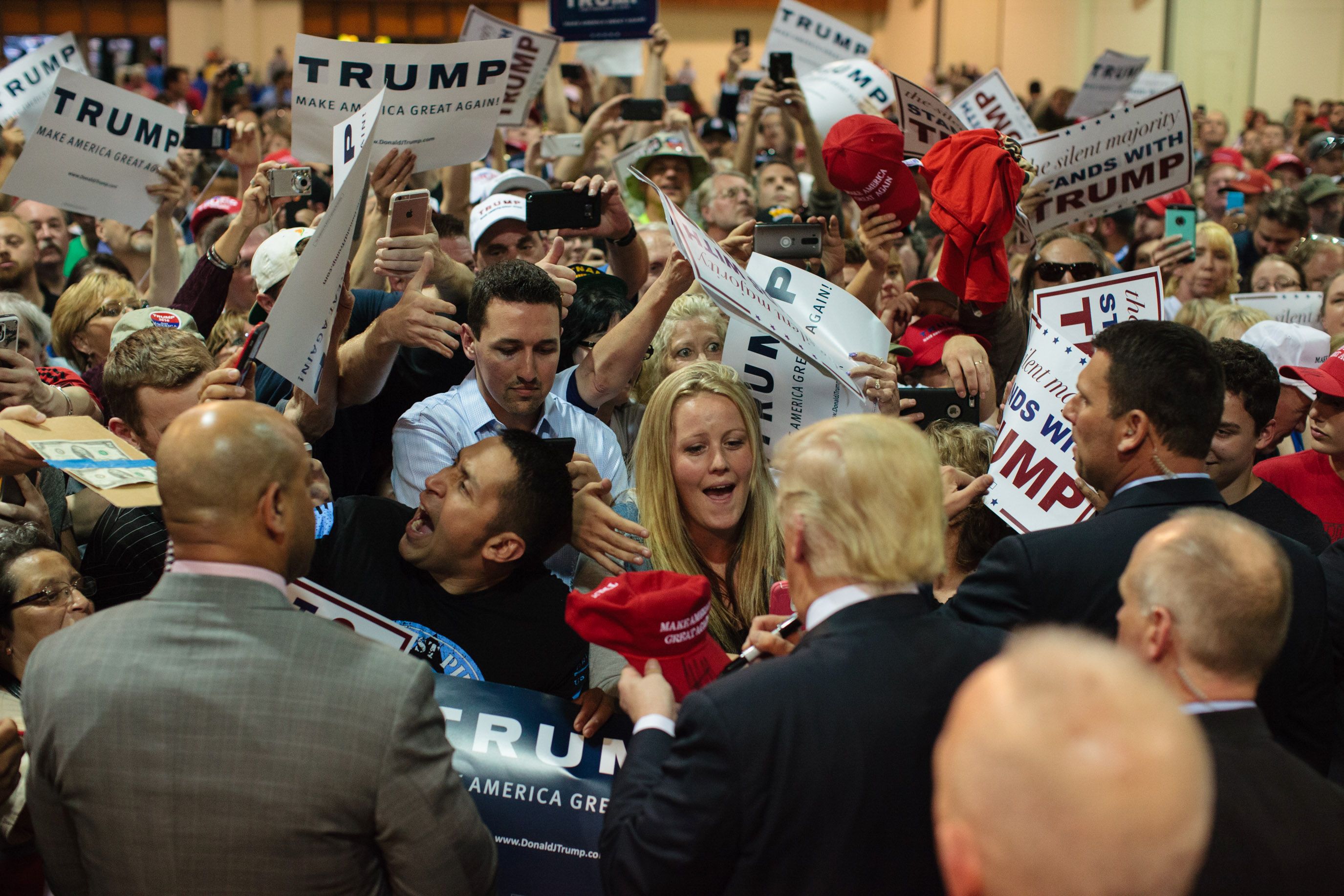 On both sides of the Atlantic, populism of the left and the right is on the rise. Its most visible standard-bearer in the United States is Donald Trump, the Republican Party’s presumptive presidential nominee. In Europe, there are many strands – from Spain’s leftist Podemos party to France’s right-wing National Front – but all share the same opposition to centrist parties, and to the establishment in general. What accounts for voters’ growing revolt against the status quo?
The prevailing explanation is that rising populism amounts to a rebellion by “globalisation’s losers.” By pursuing successive rounds of trade liberalisation, the logic goes, leaders in the US and Europe “hollowed out” the domestic manufacturing base, reducing the availability of high-paying jobs for low-skill workers, who now have to choose between protracted unemployment and menial service-sector jobs. Fed up, those workers are now supposedly rejecting establishment parties for having spearheaded this “elite project.”
minting money
This explanation might seem compelling at first. It is true, after all, that globalisation has fundamentally transformed economies, sending low-skill jobs to the developing world – a point that populist figures never tire of highlighting.
Moreover, educational attainment correlates strongly with income and labor-market performance. Almost everywhere, those with a university degree are much less likely to be unemployed than those without a secondary education. In Europe, those with a graduate degree are, on average, three times as likely to have a job as those who have not finished secondary school. Among the employed, university-educated workers earn, on the whole, much higher incomes than their less-educated counterparts.
But if these factors account for the rise of populism, they must have somehow intensified in the last few years, with low-skill workers’ circumstances and prospects deteriorating faster vis-à-vis their high-skill counterparts. And that simply is not the case, especially in Europe.
In fact, higher education has provided significant labor-market advantages for a long time. Judging from the available data, the “wage premium” for workers in occupations that require high levels of education has been roughly constant in Europe over the last decade. While it has increased in some countries (Germany and Italy), it has decreased in others (France, Spain, and the United Kingdom). The difference in employment rates of the highly educated and the less educated has also remained relatively constant, with the less educated actually closing the gap slightly in recent years.
A comparison between trends in the US and Europe further weakens the “losers of globalisation” argument. The wage premium is substantially larger in the US (300-400 per cent) than in Europe (50-80 per cent). Other labor-market statistics, such as unemployment rates, show a similar pattern, indicating that higher education is more valuable in America’s labour market. Yet the US economy is less open to – and less affected by – trade than the European economy is.
The final nail in the coffin of the globalisation-based explanation for the rise of populism in Europe is the fact that the share of low-skill workers (who have not completed a secondary education) is declining rapidly. At the turn of the century, there were more than 50 per cent more low-skill workers than university graduates. Today, university graduates nearly outnumber low-skill workers in the work force; following the prevailing logic, the share of voters supporting anti-globalisation parties should be shrinking.
A clear-cut economic explanation for a complicated political phenomenon is certainly appealing. But such explanations are rarely accurate. The rise of populism in Europe is no exception.
Consider the situation in Austria. The economy is relatively strong, underpinned by one of Europe’s lowest unemployment rates. Yet Norbert Hofer, the leader of the right-wing populist Freedom Party (FPÖ) managed to defeat his competitors from both of the centrist establishment parties in the first round of the presidential election last month. Hofer’s main area of focus was immigration.
The attraction to Hofer’s anti-immigrant rhetoric is telling, and mirrors a broader pattern across northern Europe. Amid relative economic stability, rising real wages, and low unemployment rates, grievances about the economic impacts of economic globalization are simply not that powerful. Instead, right-wing populist parties like the FPÖ, Finland’s True Finns, and Germany’s Alternative für Deutschland are embracing identity politics, playing on popular fears and frustrations – from “dangerous” immigration to the “loss of sovereignty” to the European Union – to fuel nationalist sentiment.
In the southern European countries, however, the enduring impact of the euro crisis makes populist economic arguments far more powerful. That is why it is left-wing populist parties that are winning the most support there, with promises of, say, tax credits for low-paid workers. The most extreme case is Greece’s leftist Syriza party, which rode to victory in last year’s elections on pledges to end austerity. (Once in power, of course, Syriza had to change its tune and bring its plans in line with reality.)
Calling the rise of populism in Europe a revolt by the losers of globalisation is not just simplistic; it is misleading. If we are to stem the rise of potentially dangerous political forces in Europe, we need to understand what is really driving it – even if the explanation is more complex than we would like. - Project Syndicate