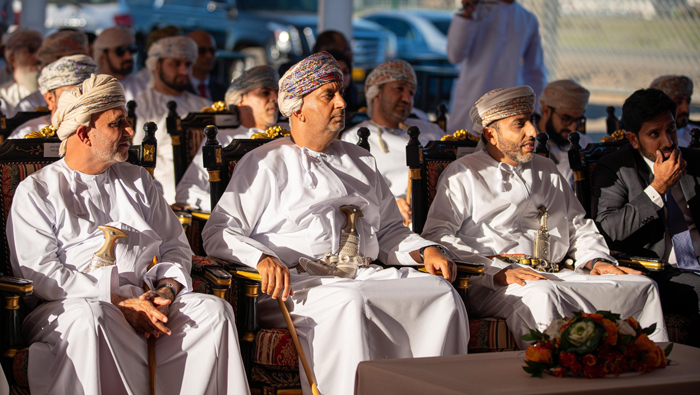 Sohar: The foundation stone of Sanvira Carbon’s petroleum coke calcining facility was laid on Wednesday at the company’s site in Sohar Free Zone (SFZ) under the patronage of Dr Ali bin Masoud Al Sunaidy, Minister of Commerce and Industry.
Sanvira Carbon is a joint venture between Oman National Investments Development Company (TANMIA), Sanvira Industries Limited and United Business Trading.
The project will be commissioned in June 2021 and will generate more than 140 direct job opportunities.
The project will have the capacity to produce 500,000MT per year of Calcined Petroleum Coke in the first phase which would cater to the aluminium industry, amongst others, in Oman and the region. In addition, the project will feature a power plant which will have the ability to produce up to 24MW of electricity through internally generated steam.
The Project also falls in-line with the government’s objectives to develop the manufacturing sector in Oman which is one of the key sectors targeted in the National Programme for Enhancing Economic Diversification (Tanfeedh).
Addressing the media, Sheikh Rashid bin Saif Al Saadi, CEO of TANMIA, said, “The project contributes significantly to the value chain of Oman’s petrochemical and aluminium industries with the aim of transferring technology and generation of local employment.”
Rajiv Reddy, Director at Sanvira Industries, said, “Oman’s strategic location and stability enables it to become an attractive investment hub to foreign investors.”
Meanwhile, Said bin Salim Al Hajri, Managing Director of United Business Trading, said, “The project will bring significant value to Oman through the conversion of low-value green petroleum coke, that is produced from local & global oil refineries, into a higher value calcined petroleum coke.”
TANMIA, which was founded in 1998, is an investment company owned by the State General Reserve Fund and the military & civil pension funds of Oman. Its mandate is to invest in projects that contribute to economic development of Oman, create job opportunities and develop skills of the local population.
Sanvira Industries is one of India’s largest producers of Calcined Petroleum Coke. United Business Trading is specialised in the production and marketing of a range of chemicals in Oman. — ONA