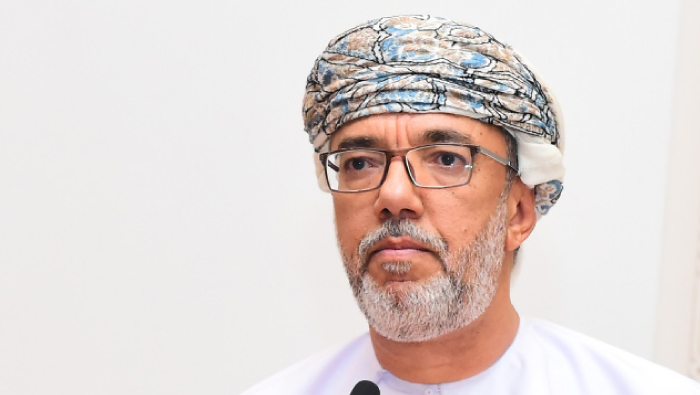 Muscat: Delegated by His Majesty Sultan Qaboos bin Said, Dr. Hamad bin Said Al Aufi, Minister of Agriculture and Fisheries, patronised at the Sultan Qaboos Grand Mosque in the Wilayat of Bausher on Wednesday the honouring ceremony for winners of the 29th version of the Sultan Qaboos Holy Quran Competition.
Habib bin Mohammed Al Reyami, Secretary General of the Sultan Qaboos Higher Center for Culture and Science (SQHCCS) said that this competition started 29 years ago with limited centers and then continued to grow in quantity in terms of the number of centres scattered in various parts of the Sultanate and in terms of the advanced segments in the competition. He affirmed that the competition will continue and with direct support from His Majesty Sultan Qaboos bin Said, and with a follow-up by Sayyid Khalid bin Hilal Al Busaidi, Minister of the Diwan of Royal Court and all those who were honoured to work in the competition.
Sheikh Dr. Kahlan bin Nabhan Al Kharousi, Assistant Grand Mufti of the Sultanate, delivered a speech in which he said, “His Majesty Sultan Qaboos bin Said has many goals and purposes behind the Holy Quran Competition”. He pointed out that the vision of His Majesty the Sultan from this competition is deeper and far-reaching as it aims at highlighting meanings of the Holy Quran and that its messages prevail in the society to be able to continue the path of building, development, goodness and reform in their various circumstances and conditions.
At the end of the ceremony, the Minister of Agriculture and Fisheries honoured the winners of the 29th Sultan Qaboos Holy Quran Competition, in addition to the preliminary and final committees of the competition.

His Majesty receives cable of thanks from Iraq President