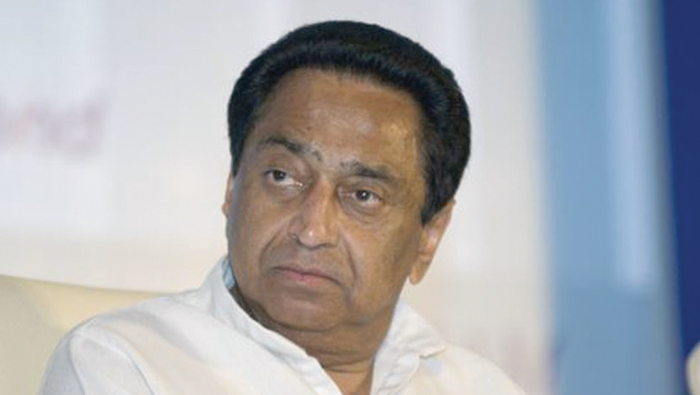 NEW DELHI: Chief Minister of India’s central state of Madhya Pradesh Kamal Nath on Wednesday led a protest rally against the Citizenship Amendment Act (CAA), officials said.
Nath said he would not allow the implementation of any such law in his state which discriminates on the basis of religion and is against the spirit of the country’s constitution.
“This law (CAA) is fiddling with the constitution of our country. I haven’t seen such a law before in my parliamentary career. We are known for bridging the gap between communities and not for dividing them. We won’t let this law take effect in the state,” Nath said while leading a protest march in Bhopal, the capital city of Madhya Pradesh.
Nath has become the second chief minister in India after West Bengal’s Chief Minister Mamata Banerjee to lead protest rally against the citizenship law.
“Today question is not about what prime minister and home minister are saying. They are saying different things. Question is not about what is included in the act. It’s about what is not included. This is not about its use but of its misuse,” Nath said.
Apart from Banerjee, who has been staging foot marches against the law and demanding its revocation, chief ministers of Kerala and Punjab also refused to implement the law in their states.
Protests against the law was triggered on Dec. 11 when India’s upper house of parliament passed the law.
There has been no let-up in the protests since then.
The law aims at granting citizenship to illegal immigrants belonging to six religions -- Hinduism, Sikhism, Buddhism, Jainism, Parsi and Christianity -- from Bangladesh, Afghanistan and Pakistan. However, it has kept out Muslim immigrants from applying for citizenship.
Opposition parties and civil society members in India criticized the law as contrary to secular principles enshrined in India’s constitution as it excludes Muslims.