Replenished New Zealand look to level up against Aussies 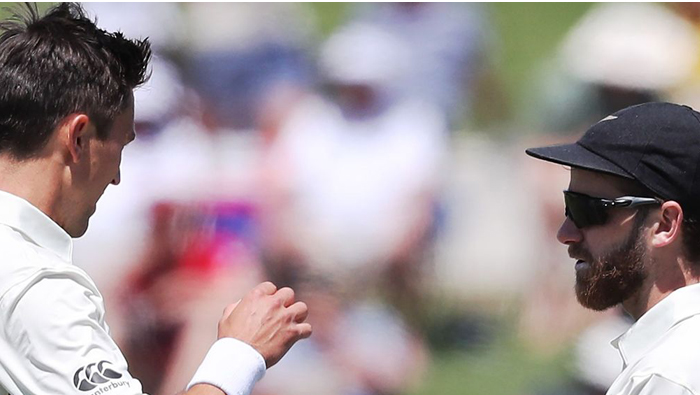 Melbourne: After being hit by injuries in the first Test against Australia, New Zealand will hope the return of Trent Boult facilitates their success in the Boxing Day Test at the MCG.
Boult, who was ruled out of the first Test due to a rib injury, is one of three New Zealanders in the top 15 of the MRF Tyres ICC Test Rankings for bowling.
The fast bowler was a big miss for the visitors in Perth, as they deployed debutant Lockie Ferguson to take his place. However, Ferguson, too, was ruled out of most of the Test, after incurring a right calf muscle strain on the first day.
While Ferguson will be unavailable for the second Test, Boult will slot back in. Skipper Kane Williamson also revealed a second change in their line-up, with Tom Blundell taking the spot of Jeet Raval at the top of the order.
Australia, too, lost a fast bowler halfway through the Test, as Josh Hazlewood picked up a hamstring injury on day two. Tim Paine confirmed that James Pattinson will replace him at the MCG, but whether Australia will deploy a fifth seamer in Michael Neser remains unclear. The Australia skipper has said that Neser is very much in the mix for a debut, but expects to take a final call on the morning of the Test.
In a pink-ball encounter where both teams were reduced to 10 men after the first two days, Australia came through by 296 runs at the Perth Stadium. The architects of the hosts’ victory were Marnus Labuschagne, who hit his third hundred in as many innings, and their reliable bowling attack that bundled New Zealand out for 171 in the fourth innings.
Electing to bat first, Australia piled on 416 runs, with Labuschange leading the charge with 143. New Zealand responded with 166, as Ross Taylor, Williamson and Colin de Grandhomme were the only players to hit double figures. The visiting bowlers then restricted Australia to 217, with Tim Southee clinching five wickets. However, with Mitchell Starc and Nathan Lyon claiming eight scalps between them, New Zealand were bowled out early in the 467-run chase. Tim Paine, Australia captain: “Our batting team has been scoring a lot of runs so if we were to go one more bowler, we would be comfortable they could do the job. The wicket is a bit unknown ... but we’ve got a plan in place for both scenarios [with or without a fifth bowler]. We’ve probably got two different teams [in mind], to be honest, so we’ll make the final call tomorrow.”