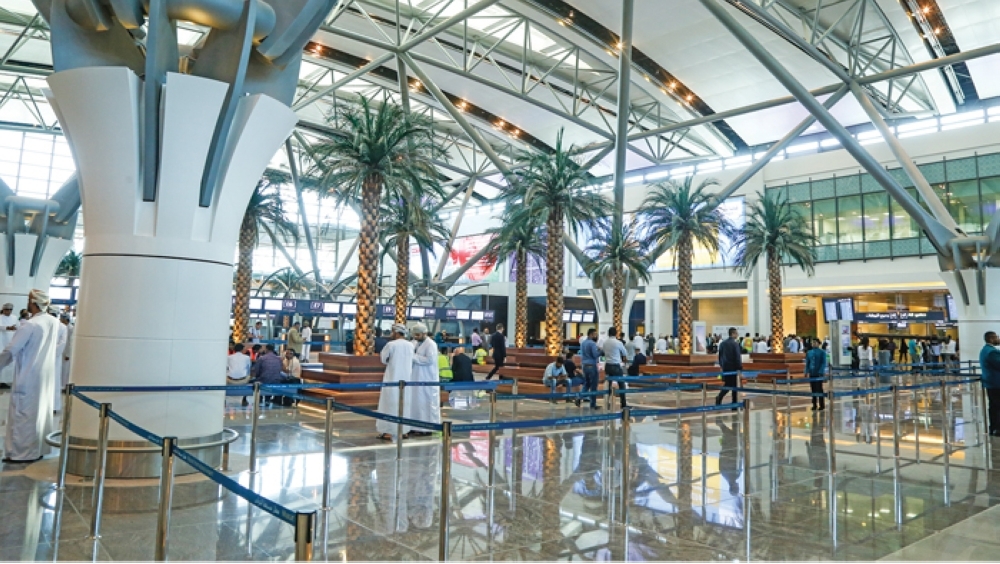 Muscat: A large number of flights were affected on Tuesday night at Muscat International Airport after drones were spotted over its airspace.

Muscat International Airport, the country's busiest, saw its operations getting halted for close to 90 minutes.

The national carrier, Oman Air, said in a statement, “A number of flights were diverted from 11.09 pm on December 24 to 12.45 am on December 25 due to the closure of the Muscat International Airport.”

“All affected flights arrived in Muscat shortly after the runway was reopened. This disruption caused delays for several flights to and from Muscat International Airport,” Oman Air said.
The carrier also requested all passengers to check with the airline to monitor flight arrival and departure time as some flights may be additionally affected during the course today.

Speaking to the Times of Oman, a senior official of the OAMC, said, “More than one drone on Tuesday night disrupted the flight operations. We had a high-level meeting on Wednesday following the incident.”

Oman Air added in this context, “This earlier disruption also caused delays for several reactionary flights to and from Muscat. Oman Air requests that its passengers check with the airline to monitor flight arrival and departure times as some flights may be additionally affected during the course of today as our operations returns to normal. Guests are requested to report at the airport early. Oman Air apologises for any inconvenience caused and extends its appreciation to its guests for their understanding.”

This is not the first time the airport was shut down because of drone activity. Last month flight operations at Muscat International Airport were suspended after a drone was spotted over airport airspace.

Use of remote control aircraft, drones or any other flying object, without proper approval from a competent authority, is not allowed in the Sultanate. Under Article 63, whoever violates the provisions of the law can face imprisonment for a period not less than one year, and not exceeding three years.