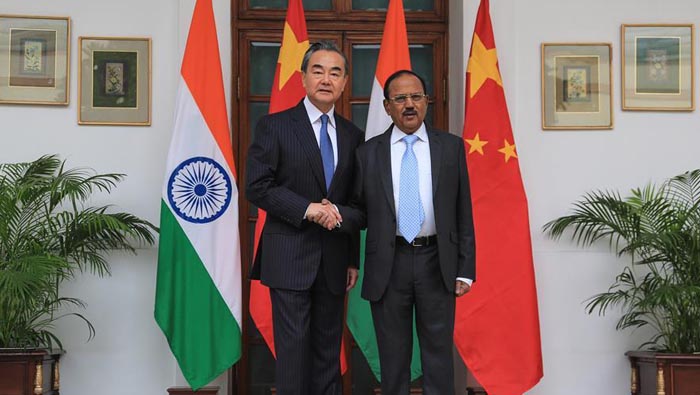 New Delhi: China and India agreed here Saturday to enhance mutual political trust so as to properly handle border issues and jointly safeguard peace and tranquility in the border areas.

China and India should positively press forward the talks on border issues in accordance with the important instructions made by the leaders of the two countries, and work out the framework of the negotiation roadmap in a bid to reach a final solution which is fair, reasonable and accepted by both sides, Wang said.

In addition, both sides should also advance consultations which can yield early results, promote mutual trust and enhance cooperation in the border areas so as to jointly safeguard peace and tranquility in the border areas, Wang said.

Indian special representative and National Security Advisor Ajit Doval said Chinese and Indian leaders have provided a new vision and strategic guidance for the development of bilateral ties and the solution of boundary issues.

The two sides exchanged views on the early harvest of boundary negotiations, reached consensus on strengthening trust measures, and agreed to make regulations on safeguarding peace and tranquility in border areas, enhance communication and exchanges between the border troops of the two countries, as well as expand border trade and personnel exchanges.

The two sides also agreed to hold the 23nd Special Representatives' Meeting on the China-India Boundary Question next year in China.