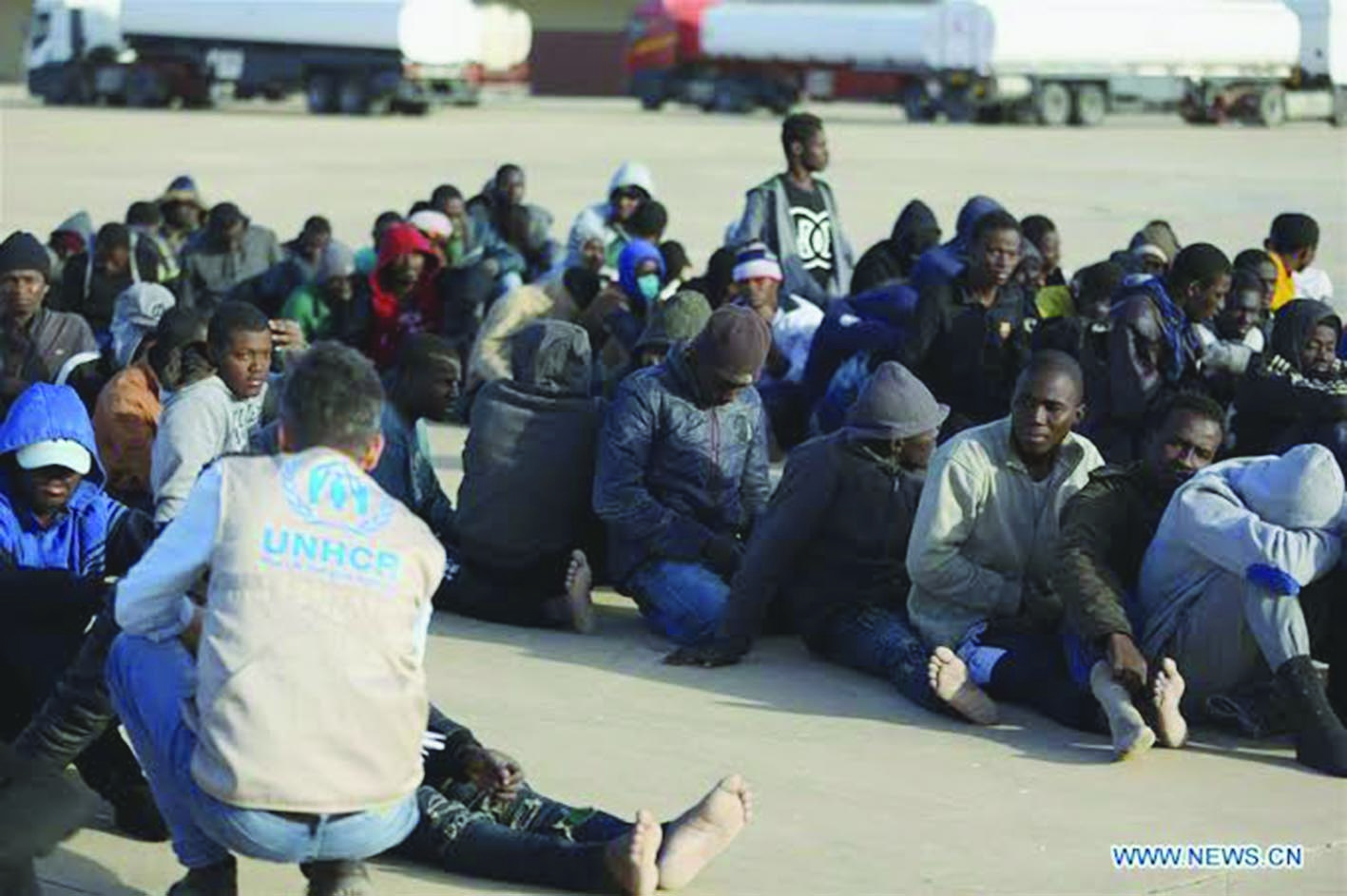 Tripoli: The United Nations Higher Commission of Refugees (UNHCR) on Tuesday said that more than 1,000 minor illegal immigrants are held in detention centers in Libya.

"More than 1,000 children are still languishing in squalid official and unofficial detention centers with no hope in sight," UNHCR said in a statement .

UNHCR urges the international community to come up with further places for resettlement, as well as other durable solutions like family reunification, humanitarian visas, scholarships, among other solutions that constitute a vital lifeline for refugees in need of safety and protection, the statement said.

UNHCR also revealed that 34 unaccompanied minor illegal immigrants have been evacuated from Libya to Timisoara of Romania on Monday, "where they will be hosted for few weeks before reaching Sweden, their final destination, where they will be resettled and will be able to start a new page in their lives".

Thousands of illegal immigrants, mostly Africans, chose to cross the Mediterranean from Libya towards Europe, due to the state of insecurity and chaos in the North African nation following the overthrow of former leader Muammar Gaddafi in 2011.

Immigrant shelters in Libya are crowded with thousands of immigrants either rescued from the sea or arrested by the Libyan security forces, despite international calls to close those centers.