Philander to quit cricket after series against England 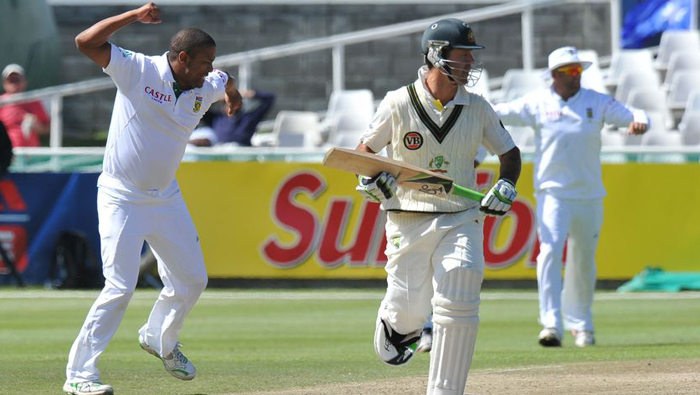 Centurion: Vernon Philander has announced his intention to retire from international cricket after the upcoming Test series against England.
“I would like to hereby announce that I will be retiring from international cricket at the conclusion of the Test series against England,” Philander said in a statement.
“I feel that it is the appropriate time to conclude what has been an amazing journey. It has been a honour and privilege to have played alongside the very best in the game as well as being part of the best test team for a number of years.
“My entire focus and energy at this time is to help the Proteas beat England which I am really looking forward to. Looking forward to seeing you all there.”
The 34-year-old pacer made his South Africa debut in 2007 when he turned out against Ireland in Belfast in an ODI, and has since gone on to play 97 internationals for the Proteas. Most of those appearances have come in Tests – he has taken 216 wickets in 60 matches, including 13 five-wicket-hauls.
As his career progressed, Philander also became a useful all-rounder – he has 1619 runs in Tests, including eight Test half-centuries, and has a chance to add to the tally during the England series.
His Test debut was a memorable one. He took eight wickets across two innings, including an incredible 5/15 as Australia were bundled out for 47 in their second innings of a Test in Cape Town.
Graeme Smith, the CSA acting director of cricket, and the South Africa captain when Philander made his debut, said the paceman had a “huge impact” on the national team.
“Vernon has been an outstanding performer in the time that he has represented his country, especially in the Test format,” said Smith. “He has made a huge impact for the Proteas and has been at the frontline with the ball for most of his time in the set-up. He has given his best in every appearance and I think that how he has turned himself into an all-rounder has been particularly pleasing to watch.
South Africa and England will clash in a four-Test series, starting with the Boxing Day Test on Thursday at The Centurion.
"One of the many things that have stood out for me with Vern is his character, his determination and the way that he has always been up for a fight and a challenge has shown the heart of the man. He has really done himself and his family proud, and I hope he can finish his final series for South Africa with the same character and flair that has become synonymous with him.”