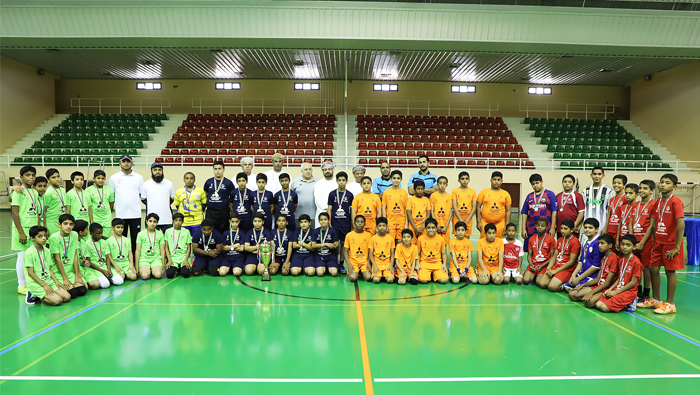 Muscat: The fifth leg of the fifth edition of the Mitsubishi Oman Handball School Championship was held at Sohar in the Al Batinah North Governorate recently.

The championship has been garnering a great response since it took off at the Sultan Qaboos Sports Complex in Bausher at the Muscat Governorate in which four schools participated. In the second leg of the tournament held in Sur, four schools in the Al Sharqiyah South Governorate had participated.

Faisal Al Mandhari, Manger of the communication at Z-Corp said, “It was heart-warming to see such a great response from the participating school and audiences in Sohar. We are delighted that we are promoting the philosophy of good sportsmanship and fostering companionship between school children.

"We are committed to the development and promotion of handball and are pleased that this tournament has achieved its purpose of popularising handball among young people. We will continue to promote handball, as well as find and nurture more talented handball athletes.”

Moosa al Balushi, General Secretary at Oman Handball Association said, “The matches held in Sohar were thrilling and competitive. The championship has helped us pick players with great potential. We are happy that so many schools are involved in participating and promoting the game of handball. We are certain with the experience they gain these children will one day represent Oman in international platforms.

"The championship has witnessed success due to the constant efforts and cooperation of Zubair Corporation, Mitsubishi, Oman Handball Association, Ministry of Education and local schools.”

The signing come within the framework of Z-Corp’s strategy and social responsibility to encourage sport promotion, performances and achievements.

Z-Corp also honoured the referees who participated in the Mitsubishi Oman Handball School Championship held across the governorates of the Sultanate in 2018 and 2019.