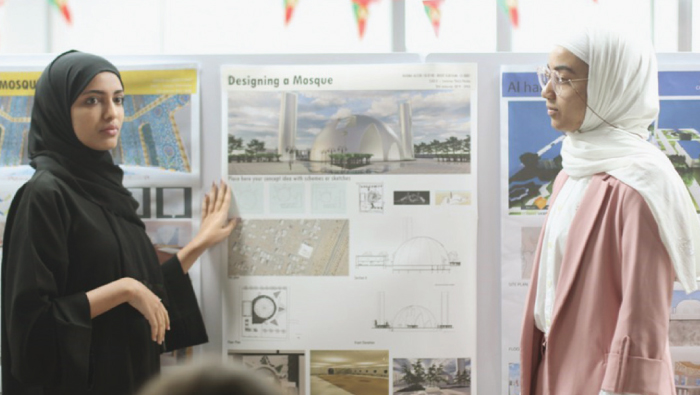 Halban: Tasked to design a community mosque in Muscat, a group of 13 students presented their design ideas to a committee of Department of Urban Planning and Architectural Design (UPAD)having professors and architectures in its panel.
The project was undertaken by Petrit Pasha, Dawood Al Salmi and Ms. Sadmira Malaj, second year students of UPAD at the German University of Technology in Oman (GUtech).
UPAD student Shefa Al Zeidi presented the design of a colourful and open mosque for the community. “Colour is life,” she said, inspired by one of her visual arts professors at GUtech. Her mosque features modern Islamic architecture from Yemen and Iran.
The mosque includes a large courtyard for gatherings, as well as a Quran school, a library as well as a courtyard with a fountain and a Majlis area for men. “I like the idea behind her project.
She was mainly concerned with the social aspect and gathering the community and especially females within the mosque area,” said Petrit Pasha.