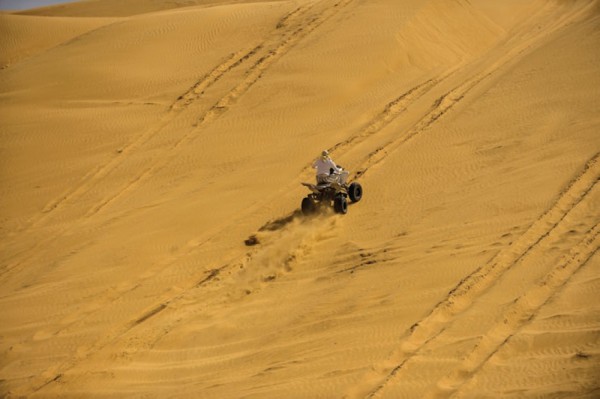 Muscat: Al Sharqiyah Sands, which extends from North and South Al Sharqiyah governorate to Al Wusta governorate has been declared a tourist area, Oman’s Ministry of Tourism announced on Sunday.
Oman’s Tourism Ministry made this decision under tourism law which was made official by the Royal Decree No. 33/2002 in keeping with the Executive Regulations of the Tourism law issued by Ministerial Resolution No. 36/2016 and after getting approval of the Council of Ministers.
With the winter approaching, the golden dunes of the Sharqiyah Sands are once again gaining popularity not only among those who live and work in Oman but also among the tourists who visit the land hailed as the Essence of Arabia.
A group of friends hailing from Egypt, the United Kingdom and Denmark camped for the first time in the desert for two nights during the National Day holidays, and was stunned by the beauty, calmness and tranquillity it holds off.
Talking to the Times of Oman, Jakub, who was visiting from Denmark, said it is a perfect destination for those who want perfection and uniqueness.
“I am so glad that I got to experience this in Oman. I honestly couldn’t have imagined it elsewhere. It is a rich experience combined with tranquillity and recreation to escape the hassle of modern life.
“There is excitement and pleasure of speeding four-wheel drive vehicles, camel racing, sand skiing, walking on sand dunes, the sight of golden sands which reflect at the time of sunrise and sunset, watching twinkling stars in a desert night,” Jakub said.
He added that his family and friends were amazed and couldn’t believe when he shared his experience of camping in Al Sharqiyah Sands.
“It was priceless to watch their expressions when I told them of the Bedouins who lived nearby because they couldn’t believe it’s possible, and that is the beauty of this place. I really must say that the trip has changed me as a person,” Jakub added.