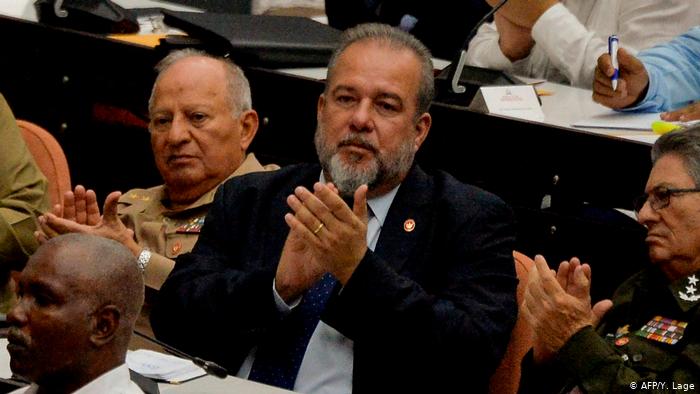 Manuel Marrero Cruz was named Cuba's new prime minister on Saturday, the first person to take up the post since it was abolished in 1976 when Fidel Castro became president.

Marrero, who has served as tourism minister for 16 years and is an architect by trade, helped boost Cuba's economy by making tourism one of the engines of growth.

The military-run Gaviota tourism corporation, which he ran as minister, has survived despite sanctions imposed by the United States.

Miguel Diaz-Canel, the current president of Cuba, reportedly cited Marrero's experience working with foreign investors and building Cuba's tourism industry as one of his most prominent qualifications to receive the prime ministerial nomination.

Marrero was nominated by the president, and then approved by the National Assembly, which has given the nod to all but one proposal put before it.

He'll be the first prime minister under Cuba's new constitution, which aims to decentralize the position of the country's former leader, Fidel Castro.

While the Cuban prime minister is responsible for regular supervision of the Council of Ministers (cabinet) and the implementation of policy, he will not play an particularly central role in governmental decisions and affairs.

"The head of government will be the administrative right hand of the president of the republic,” the state-run Cubadebate online news outlet said.

Castro, the last prime minister of Cuba, went on to head the Communist Party and became president of the Council of State and Council of Ministers after the post was abolished.

In 2006 he ceded power to his brother Raul, before dying a decade later. His ideologies, however, remain a core foundation of the country's government.

Raul served as president for 12 years and is still the head of Cuba's Communist Party. A new constitution divided the presidential responsibilities between his successor, Diaz-Canal and the new prime minister.