Locations set up all across Oman to watch solar eclipse 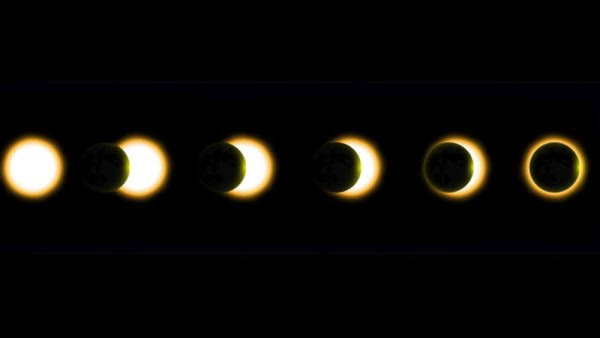 Latest: Second location in Muscat set up for eclipse watchers

Muscat: Several locations have been set up all across Oman for people to safely watch the solar eclipse, which will take place in the country on the morning of 26 December.

The locations – featuring telescopes from which people can observe the eclipse – have been set up by the Astronomical Society of Oman, under their Public Observation for Solar Eclipse programme. All of these locations will be open to people from 6:30am to 9am.
In Muscat, Seeb beach has been assigned as the location from which people can watch the annular solar eclipse, while in North Sharqiyah, three separate locations have been organised: Al Sharqiyah University, Sayyid Hamad Al Busaidi Library, and Al Sheikh Said bin Khalfan Al Khalili School.

While people in the southern governorate of Dhofar can go to Al Dhahariz beach, those in Buraimi can head to the Buraimi University
College, while in the central governorate, Al Wusta, Haima public park is the area allocated to watch the solar eclipse. In South Al Batinah, Al Rustaq Park is the location to which people can go on the morning of the 26th.

The Kawas Mountain in Al Dhahirah – of which Ibri is the capital – has been earmarked as the eclipse observation location in that region, while in Al Dakhiliyah, Sultan Qaboos Mosque in Nizwa is the designated location. Another assigned location is the entrance to Al Zahia, on the Adam-Ghaba road. In Sharqiyah South, the Atana Stay hotel is the assigned location.

Across Oman, the eclipse is expected to begin at 6:30am, before sunrise, which is expected to be between 6:35 and 6:58 across the country. Maximum eclipse will take place between 7:35 and 7:39, depending on people’s location in the country, before ending around 8:59 am.

Those who wish to buy glasses through which they can watch the eclipse are welcome to contact Astro Portal Enterprises, on +968-92318123, or on [email protected]