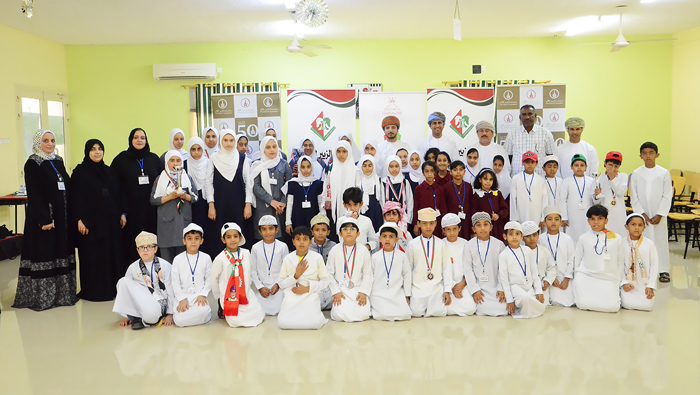 Muscat: With an intention to encourage more people to take up the game of chess, The Zubair Corporation (Z-Corp), in association with Oman Chess Committee (OCC), organised a chess tournament for students in Madha.

To popularise the mind sports, Z-Corp in cooperation with OCC has established Zubair Chess Centres in Muscat, Ibri, Sohar, Nizwa and Salalah. The chess tournaments are designed to help players from different age groups to enhance their game standards and help local talents to improve their games.

It is also designed to train players to help participate, qualify and represent the Sultanate in international sports platforms. It may be recalled that under the framework of augmenting public and private sector partnership, The Zubair Corporation LLC (Z-Corp) had recently renewed its sponsorship agreement with Oman Chess Committee (OCC).

As part of the agreement, Z-Corp supports all the activities of Oman Chess Committee in the coming years. The agreement between Z-Corp and OCC was enabled by Oman Olympic Committee as part of their plans to assist sports associations and athletes to get the support of the private sector companies.

The competition followed the principles of the Swiss System and each category had to play nine rounds of chess at 20 minutes plus 10 seconds per move. Z-Corp is dedicated to supporting OCC’s endeavour to promote chess through the centres that have been established throughout Oman.

As a policy, Z-Corp is keen on championing the cause of gifted sportspersons, accomplished teams and specialised associations. Faisal Al Mandhari, Manager - Corporate Communication at Z-Corp said, “As part of its social responsibility, Z-Corp seeks to strengthen partnership with various government, private and civil society organisations in order to serve the community.

The chess tournaments and training camps organised in Madha witnessed a high level of competition which reflected the efforts that has gone into popularising the game of chess in Oman.

"The matches conducted during the training sessions echoed the top calibre and standard of the players. Players who dream to qualify for national and international competitions will profit from the kind of trainings we hosted in Madha,” he said.

Lauding the accomplishments of Zubair Chess Centre, Ahmed bin Darwish Al Balushi, Chairman of the Oman Chess Committee said, “The endeavours of Z-Corp has facilitated in finding a new generation of players who are ready to represent the Sultanate in international platforms. The Zubair Chess Centres have earned a great reputation wherever they are operating and have witnessed great interest from interested players.

"We would also like to appreciate the efforts exerted by the referees and trainers in these centres. In the coming years, we aim to strengthen Oman’s presence in local and foreign tournaments.”

Omani Chess Committee has achieved many goals through this partnership with Z-Corp. Among the most important objectives is finding a wide base of chess players in the different provinces and states of the Sultanate, especially the students of the Zubair Centre. The efforts of Z-Corp have expedited in finding a new generation of players who are ready to represent the Sultanate in international platforms.

The Zubair Chess Centres enjoy an impressive reputation and have corroborated a great interest from interested players. As part of its social responsibility, The Zubair Foundation seeks to strengthen partnership with various government, private and civil society organizations in order to serve the community.

Signifying its continuous commitment to all kinds of sports, Z-Corp has been a partner and sponsor of different sports activities including football, handball, ice sports, volleyball for many years.