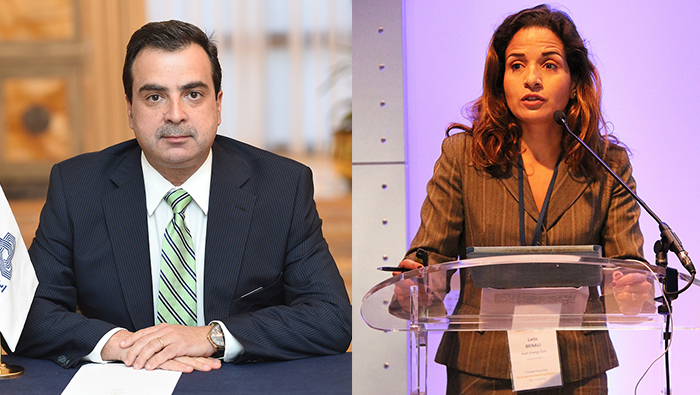 Dammam: The Arab Petroleum Investments Corporation (Apicorp), a multilateral financial development institution, released its Gas Investments Outlook 2019-2023 on the Mena region’s planned and committed investments for the period 2019 to 2023.
In addition to detailed country-by-country analysis, the report also highlights interesting trends and dynamics shaping the gas landscape over the short and medium terms, including the energy transition, gas pricing, private sector participation and emergent technologies.
Regional highlights
$70 billion y-o-y decline in Mena’s total committed and planned investments: Apicorp’s research indicates that the total committed and planned investments fell largely due to Saudi Arabia successfully commissioning major projects and lower prospects for Iran’s gas sector. Out of the nine countries with committed upstream investments in the 2018 outlook, seven of them saw a year-on-year (y-o-y) decline, including Iran, which saw its share of projects under execution fall by 77 per cent.
The UAE and Qatar are expected to see an increase in their downstream gas investments. Overall, the decline in Mena committed investments was most notable in Kuwait (close to 80 per cent), Saudi Arabia (60 per cent) and Algeria and Iran at around 50 per cent.
In terms of total gas consumption at the Mena level, the report indicates that the industrial sector currently accounts for roughly 30 per cent of the region’s total gas consumption.
By contrast, Apicorp’s Annual Mena Gas Investments Outlook shows petrochemicals investments as a bright spot, with a 50 per cent y-o-y increase compared to its 2018-2022 outlook.
Two-thirds of the Mena countries will record lower planned investments in their upstream gas sectors
Even though reforms have contributed to the reduction in energy subsidies and improved energy efficiency and renewables programmes, there is still a risk of under-investment in upstream gas. A fair number of greenfield power projects – in Saudi Arabia (12GW) and Egypt (9GW) – will undoubtedly require additional gas supplies. Major upsides will come from Qatar, where tenders for additional LNG processing trains (estimated at $15 billion) - have recently been issued.
Dr Ahmed Ali Attiga, Chief Executive Officer, Apicorp, commented: “Due to higher upfront risks associated with exploration activity, we are seeing governments shouldering the majority of the investments on the upstream side. Currently, government investments account for a little under 92 per cent of committed upstream gas investments compared to just 29 per cent for petrochemicals projects where we are seeing more private sector involvement. This involvement is expected to expand given the increasing share of planned petrochemicals and other downstream gas projects estimated at $134 billion - or 71 per cent - in the overall gas value chain versus upstream and midstream.”
Dr Leila Benali, Chief Economist and Head of Strategy, Apicorp, said: “The downward shift is not necessarily an indication of low investment appetite. In Saudi Arabia for example, it indicates a deceleration from a heavy upstream activity and the commissioning of major projects such as Wasit and Fadhili gas processing plants.”
“Nevertheless, with some countries struggling to attract private sector investment, the risks of supply crunch materialising increase again in the region. The other interesting development is that with global gas prices dropping, investors in the gas value chain are using a variety of financing strategies and commercial schemes to get project FIDs,” Dr Leila continued.
Oman underwent a period of limited gas rationing for industries as well as electricity reform, but its production is expected to increase. Oman continues its upstream reform drive by awarding three blocks to international IOCs in 2019. Over the next five years, the Sultanate’s gas production is expected to increase by 47 bcma from its current level of 40 bcma. This increased production will underpin the 15 per cent increase in the share of gas in the country’s fuel mix (from 35 per cent in 2015 to 50 per cent by 2025).