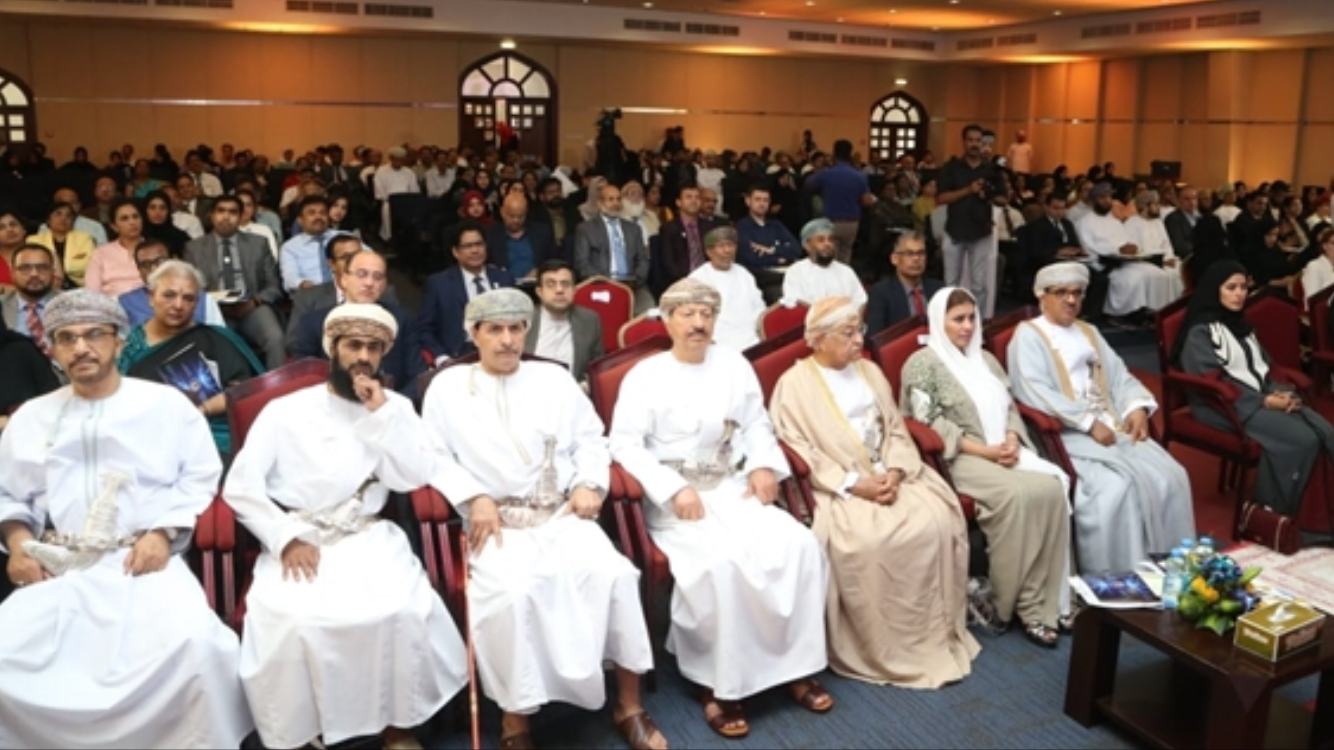 Muscat: The National University of Science and Technology (NUST) on Monday celebrated its University Day (its second anniversary), under the patronage of Dr. Suad bint Mohammad Al Lawatiya, Minister of Arts Affairs.
The event included the presentation of a working paper entitled (The Role of Universities in Building a Global Citizen) presented by Dr. Shashi Tharoor, Member of the Indian Parliament.
Dr. Souad Al Lawati congratulated the National University on its annual celebration, which indicated that it established scientific concepts focused on scientific work, as it is a very important day to celebrate, whether for academics or students.
Dr. P. Mohamed Ali, Chairman of NUST Executive Council, delivered a speech in which he said, “We are celebrating the second anniversary with international participation. The university has succeeded in graduating more than 8,000 male and female students in various medical, engineering and pharmacy specialties.”
For her part, Budoor bint Mohamed Al Arimiyah, Vice-Chairperson of NUST Executive Council, stressed the importance of the celebration, which is confirmation of the prestigious academic position reached by NUST during the past years through its academic programmes and its scientific mission that stems from the principle of development and building of the Omani and Arab citizens to contribute to advancing sustainable development.
“The celebration of the University Day will remain an annual tradition to celebrate the accomplished achievements and will be considered as a platform for laying the foundations through which we seek to develop the educational system and provide the best services to students,”said the Vice-Chairperson of NUST Executive Council.
Dr. Salem bin Khamis Al Araimi, Deputy Vice-Chancellor & Provost of the University, said that the university works extensively on the development and excellence in education and research through international collaborations that lead the university to be internationally recognised driven by social values. He said celebrating the second anniversary is granting the University’s administrative and academic staff the opportunity to review many aspects of work and strive to develop them to serve the community.