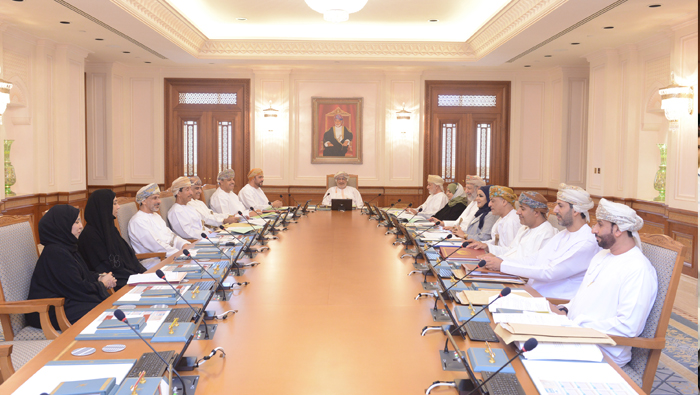 Muscat: The State Council Bureau held its third meeting of the first annual session on Tuesday, chaired by Dr. Yahya bin Mahfoudh Al Mantheri, State Council Chairman in the presence of Bureau members and the Secretary-General of the Council.
The Bureau hosted the Heads of the Standing committees of the Council to discuss their views on the proposed amendments to their competencies and proposals submitted by them pertaining to topics that they intend to study during the current session.
In addition, it discussed the invitation received from Occidental Oman to the Council’s members to visit the company to attend an introduction programme on varied aspects related to the oil sector in the Sultanate.
The Council’s Bureau reviewed several reports, including the result of the election of the Head and Deputy Head of the Culture, Information and Tourism Committee, the nomination of representatives of the State Council in Arab Parliament and the final report of the Council’s Memory Project. Additionally, it reviewed a report submitted by Salem bin Mohamed Al Riyami and Eng. Rahma bint Hamad Al Mashrafi regarding the visit of the trade delegation to Hungary and Poland during October 27-31, 2019.
The Bureau also briefed on the follow-up report of the decisions taken at its previous meeting, as well as the follow-up report on committee activities for the period between the second and the present meeting.
, as well as evaluated the third ordinary sitting of the first annual session held on December10. It also decided on the agenda for the fourth ordinary sitting of the current session.