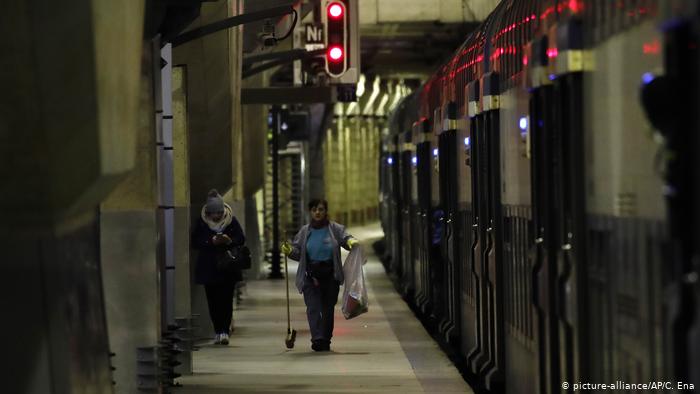 Commuter traffic piled up on Tuesday as strikes against pension reform entered their 13th day.

French trade unions called for a major push before the holidays, urging workers across all sectors to strike and join mass protests organized across the country.

Eight out of the capital's 14 metro lines were closed while others offered bare-minimum services. Around 80% of trains in the the Ile-de-France region where Paris is located were not operating.

At Place de la Republique in central Paris, unions prepared signs and balloons ahead of protest march due to start at 1:30 pm local time (12:30 UTC).

Police said they had deployed additional security forces across the city in order to protect people and property from possible cases of violence.

France has been rocked by nearly two weeks of protests since President Emmanuel Macron announced plans to bump the retirement age from 62 to 64.

The government was hit by a major setback on Monday when the High Commissioner for Pensions, Jean-Paul Delevoye, announced he would step down after failing to disclose several other jobs he held alongside the pensions portfolio. He is the chief architect of the current proposed pension reform.

Although polls suggest a majority in France supports the strikes, an Ifop poll for news daily Le Figaro showed that 55% of respondents believed they should not affect the holidays.