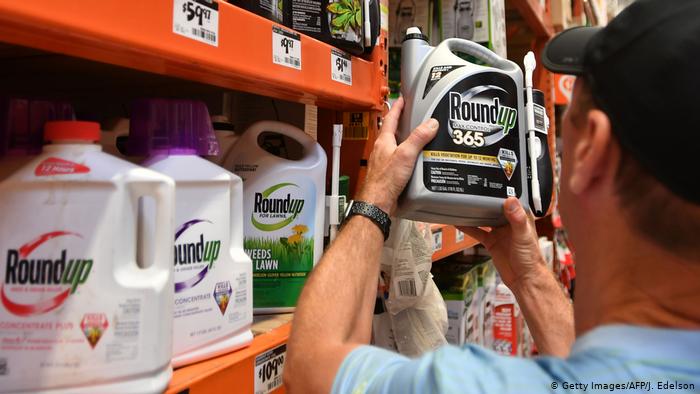 German chemical giant Bayer said on Monday it had asked a US federal appeals court to reverse a $25 million (€22.4 million) judgment ordering it to pay a California man who blamed the weedkiller Roundup for his cancer.

In a filing in the US Court of Appeals for the 9th Circuit dated Friday, Bayer said "serious errors" were made in the case and it should have never made it to trial.

Bayer, which bought Roundup maker Monsanto last year for $63 billion, defended the safety of the weedkiller and said the "verdict defies both expert regulatory judgment and sound science."

A jury found Bayer liable for plaintiff Edwin Hardeman's non-Hodgkin's lymphoma in March and ordered the company to pay $80 million in damages. In July, a judge reduced the damages to $25 million.

Hardeman's case is seen as a bellwether trial for litigation and settlement options for some 42,700 Roundup lawsuits that are expected to go to trial in the United States. It has already lost three US trials over the product. Bayer's successful appeals could weigh on other cases in US courts.

Bayer's main argument in Hardeman's case is that the US Environmental Protection Agency (EPA) has repeatedly found that Roundup's active ingredient glyphosate is not a carcinogen and not a risk to public health when used in accordance with its current label.

Bayer argued that states cannot require warning labeling of a product contrary to guidance from a federal agency and it would be impossible to comply with state regulations.

"Because the EPA has consistently approved the sale of glyphosate without a cancer warning and has stated that including such a warning on the label would render the product misbranded, any state-imposed cancer warning is expressly preempted," Bayer said in a statement.

Lawyers for Hardeman had argued in the trial that Monsanto had failed to warn of the herbicide's cancer risk and that the company acted negligently.

Monsanto has repeatedly pointed to studies showing glyphosate is safe. But the France-based International Agency for Research on Cancer (IARC), part of the World Health Organization, classified glyphosate as a "probable human carcinogen" in 2015.

Bayer argued that the court made a mistake in admitting IARC's classification of glyphosate while refusing to allow Monsanto to admit evidence from worldwide regulatory agencies rejecting its conclusions.

"This left the jury with the mistaken impression that IARC's and EPA's conclusions were equally valid, despite the fact that virtually every regulatory agency that studied the issue — including two European Union agencies and the national regulatory authorities of Australia, Canada, Germany, Japan, and New Zealand — had expressly rejected IARC's determination," Bayer said.

Bayer also argued the court permitted "unreliable evidence" and allowed Hardeman's experts to deem his exposure to glyphosate to be the cause of his cancer without addressing the fact that 70% of non-Hodgkin's lymphoma cases have no known cause. It also pointed out that Hardeman had lived for years with hepatitis C, which has been associated with causing the cancer.