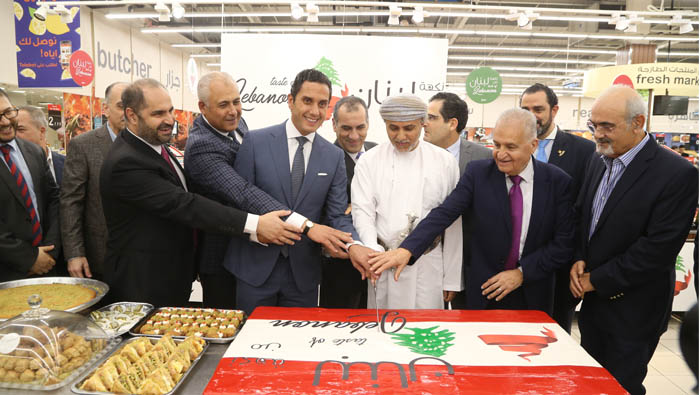 Muscat: The “Lebanese Products in Muscat” exhibition, organised by the Lebanese embassy in the Sultanate in cooperation with Carrefour City Centre Al-Seeb, was recently concluded.
It was inaugurated under the patronage of the Lebanese Ambassador to the Sultanate, His Excellency Albert Samaha, and in the presence of the Undersecretary of the Ministry of Commerce and Industry, His Excellency Ahmed bin Hassan Al-Dheeb, and a number of ambassadors and members of the Lebanese community.
The exhibition, entitled “Flavour from Lebanon”, aims to shed light and promote Lebanese products and encourage their purchase due to their high quality, diversity and healthy nature.
Different products
The Ambassador of Lebanon to the Sultanate, His Excellency Albert Samaha, said, “The exhibition activities continued from Wednesday, December 11, to Sunday, December 15.
The exhibition, in cooperation with the embassy, included daily tasting experiences of delicious Lebanese cuisine, prepared
and presented by a group of Lebanese restaurants located in the Sultanate.”
The Lebanese Ambassador added that the exhibition included many different Lebanese products, including food products, fruits, vegetables, pies, and other foods for which Lebanon is famous and which enjoy wide popularity in the Sultanate and the world. “This exhibition comes within the framework of cooperation between the Lebanese embassy and government agencies in the Sultanate,” he said.