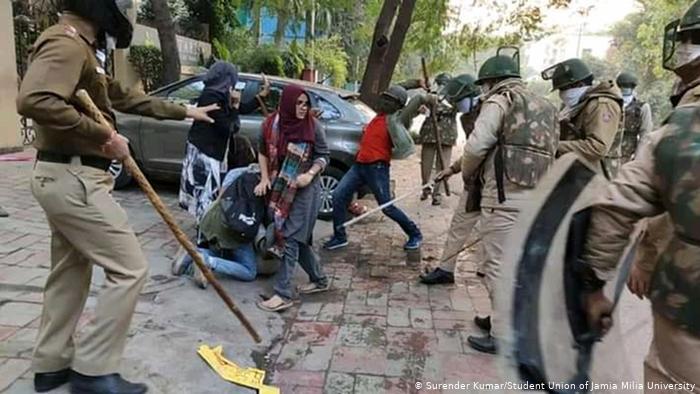 “Violent protests on the Citizenship Amendment Act are unfortunate and deeply distressing. Debate, discussion and dissent are essential parts of democracy but, never has damage to public property and disturbance of normal life been a part of our ethos,” Modi wrote on his official Twitter account.

His comments come after students at the Aligarh Muslim University in the state of Uttar Pradesh marched in solidarity with New Delhi's Jamia Millia Islamia university after officers entered their campus on Sunday, firing tear gas to break up a protest. According to media reports, around 100 people were injured in the clashes there.

"The need of the hour is for all of us to work together for the development of India and the empowerment of every Indian, especially the poor, downtrodden and marginalised. We cannot allow vested interest groups to divide us and create disturbance," he added.