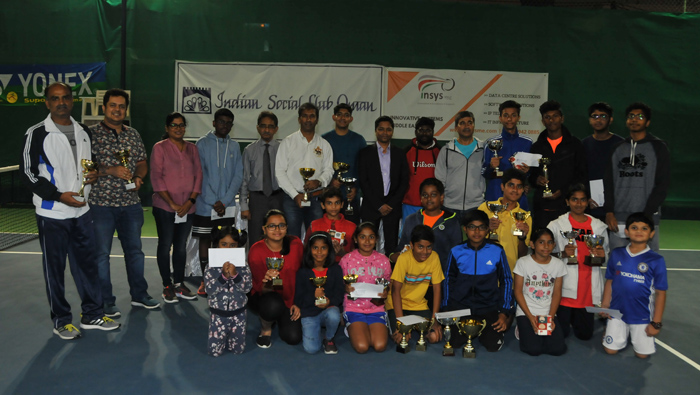 On the concluding day of the tournament, Subash captured the men’s singles title after eding past Shlok Ail 7-6 (7-1), 6-4. The final lived up to expectations as Subash and Shlok put in a brilliant exhibition of tennis before Subash prevailed in the final that lasted just over two hours.

Praneeth won a tough singles final over Shantanu Sriram and in the junior doubles final, Praneeth and Devdut Subash faced anxious moments before defeating the duo of Kaavya Jayakumar and Stuti Mathur.

Kaavya Jayakumar won the girls under-14 singles title with Stuti Mathur finishing in second place. Sanskar Dubey won the boys under-16 title after defeating Achyut Kapil in the final.

Shabu Gopi, Director of Innovative Systems LLC, sponsors of the tournament presided over the finals and distributed prizes to the winners.