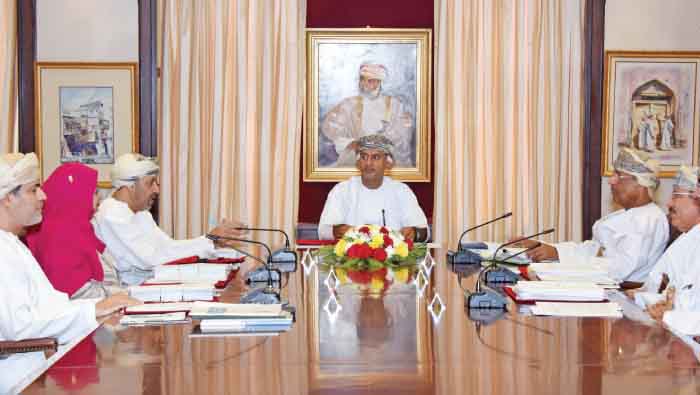 Muscat: The gross domestic product (GDP) of non-oil activities in Oman grew from OMR17.7 billion in 2015 to OMR19.5 billion at the end of 2018 while the GDP of oil activities grew from OMR11.6 billion in 2015 to about OMR12 billion in 2018.
This was revealed at the Supreme Council for Planning’s (SCP) fourth meeting under the chairmanship of Dr Ali bin Masood bin Ali Al Sunaidi, Minister of Commerce and Industry and Deputy Chairman of the Supreme Council for Planning.
During the meeting, the SCP reviewed Oman Economic Performance Report and its economic indicators related to the gross domestic product (GPD) of the targeted sectors in the Ninth Five-Year Plan during the second quarter of 2019 compared to the same period in 2018.
The SCP also reviewed government development expenditures until September 2019, amounting to OMR1.9 billion, compared to about OMR1.75 billion in the same period of 2018. It reviewed the contribution of the five economic diversification sectors that the current plan focuses on at the end of 2018 compared to the target sectors.
The contribution of the tourism sector amounted to OMR789 million (2.6 per cent), and the contribution of the logistics services sector amounted to approximately OMR1.7 billion (5.5 per cent). The contribution of the manufacturing sector amounted to about OMR3 billion (10.2 per cent), and the contribution of the fisheries sector amounted to about OMR374 million
(1.3 per cent).
The SCP also discussed the measures taken by the General Secretariat of the SCP to prepare the 10th Five-Year Plan and the measures taken by the formed working group with various governmental institutions, in addition to the main pillars of the plan, the methodology for its preparation, and its stages and timeframe.
The SCP also approved the results of the consultative study on the coastal area of the provinces of Al Batinah North and Al Batinah South governorates, which were prepared under the supervision of the Ministry of Agriculture and Fisheries in coordination with the Ministry
of Housing.
Furthermore, the SCP reviewed the follow-up report on the strategic projects, major development projects, projects of economic diversification sectors, and the performance of national strategies and programs, in addition to economic measures taken to stimulate economic growth, improve the business and investment environment and enhance the role of the private sector.
The SCP also reviewed the visions and future plans of the Sohar Port and Freezone, and the performance of the logistics sector in general, within the government’s plans to attract local and international investment opportunities and enhance their competitiveness by supporting and facilitating the quality of services provided.
The SCP also discussed a number of other topics in the agenda of the SCP and took the appropriate decisions.