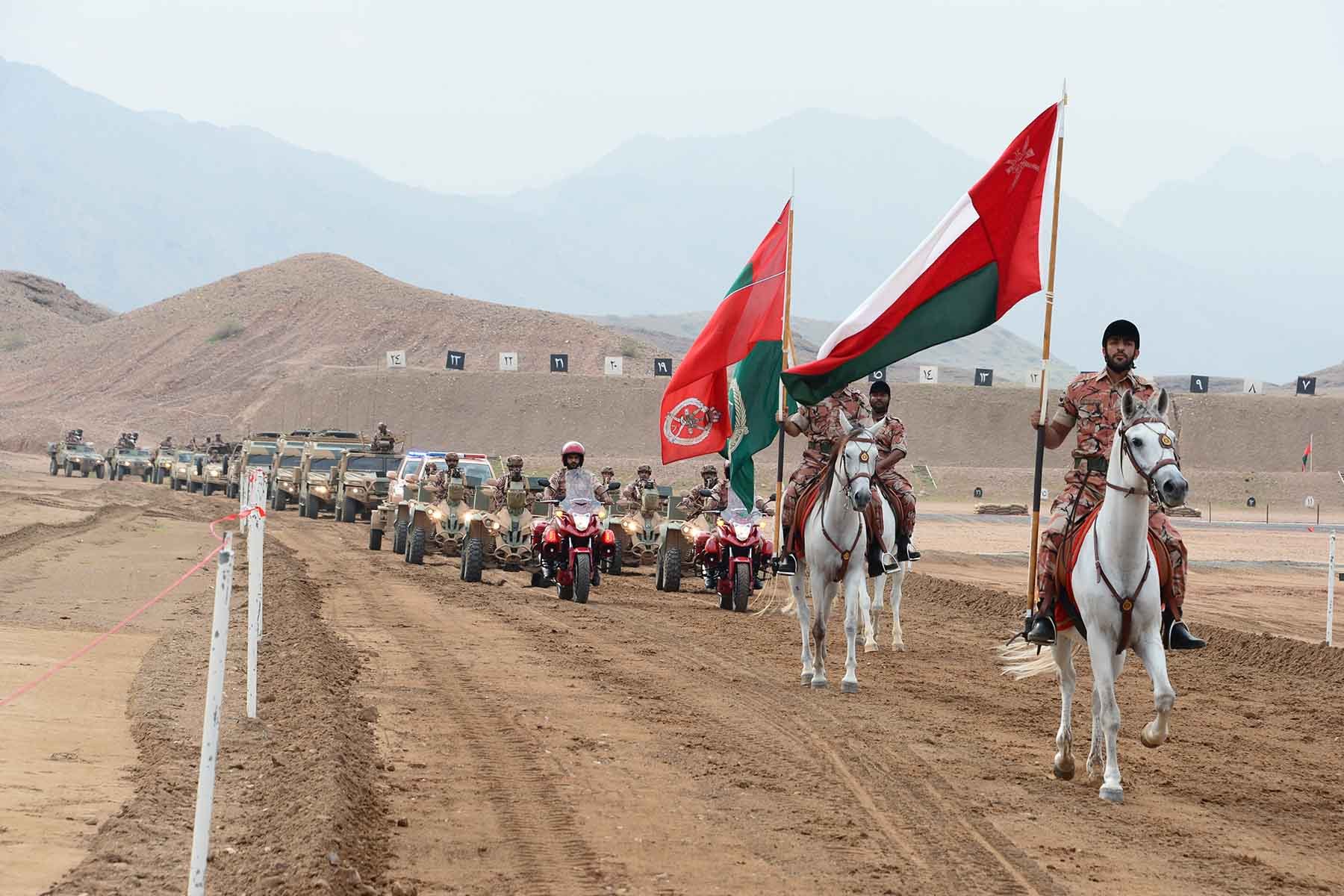 Muscat: His Majesty Sultan Qaboos Bin Said has received a cable of congratulations from Sayyid Badr bin Saud bin Harib Al Busaidi, Minister Responsible for Defence Affairs on the occasion of the Armed Forces Day. The cable reads as follows:
Your Majesty Sultan Qaboos bin Said
While Your Armed Forces celebrate their auspicious day; the Glorious 11th of December and on this dear occasion, it is my honour, and that of Your courageous armed forces and all personnel of the Ministry of Defence, to extend expressions of congratulations to Your Majesty, praying to Allah the Almighty to protect Your Majesty to be a pride of this loyal homeland.
Your Majesty
Celebrating the 11th of December is a deep expression of the achievements and glories made by the blessed march. This march of which its essence was and still the Omani man, and its goal represented in developing the homeland to a high level. The Omani citizen and everyone living in the dear land of Oman with the caring leader, have experienced steps of building the modern renaissance of Oman, to take this country and its citizens to the highest levels of progress and prosperity.
Your Majesty the Supreme Commander of Armed Forces
The progress and growth of Your armed forced is a clear evidence of Your Majesty’s wisdom and far-sighted vision, a grant of Your sincere promise and Your generous giving, to make this dear country enjoys security and serenity. While Your Majesty’s forces celebrate their auspicious day, they affirm their national responsibilities to protect and defend Oman’s achievements, and maintain its stability and security by capabilities of Oman’s loyal, ambitious sons.
Your Majesty the Supreme Commander of Armed Forces
While Your courageous armed forces and all personnel at the ministry celebrate this day, which is honoured by Your Majesty to be one of Oman’s eternal days, they renew to Your Majesty allegiance and loyalty to remain always and for good the sincere guard who protect and defence the achievements of this country. They also pray to the Almighty Allah to protect Your Majesty as a leader of this victorious march, and perpetuate blessings on Your Majesty, and grant Your Majesty a long life while Your Majesty enjoys a good health.
They also appeal to Allah to protect Your Majesty and grant You a success to be a pride of the homeland. May Allah the Almighty Grant Your Majesty a good health and happiness, and Your armed forces strength, prosperity and victory.