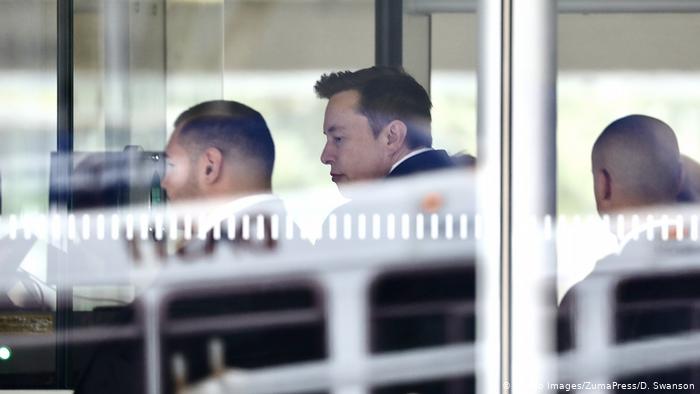 The defamation trial against Tesla Chief Executive Elon Musk began in California on Tuesday, with Musk arriving in Los Angeles and the defense selecting the members of the jury.

The billionaire was seen entering the city's federal courthouse on Tuesday. By the end of the approximately five-day trial, the CEO will be expected to explain what he meant when he called Vernon Unsworth, a British diver who helped rescue a dozen young soccer players trapped in a cave in Thailand last year, "pedo guy" in a post on Twitter in 2018.

When Musk will take the stand is unclear, though he is expected to testify early in the case. Musk will testify in his own defense.

Jury members screening included questions such as whether they has a strong opinion about the CEO or billionaires, or if they drive a Tesla.

A heroic rescue, a war of words

Unsworth, a 64-year-old caving and diving expert, was an integral part in the rescue efforts that saved the lives of 12 boys and their soccer coach after they became trapped in a flooded cave for more than two weeks in Thailand last year.

At the time, Musk and his rocket company SpaceX built and heavily publicized a tiny submarine to help with the rescue, though it was never used.

In July 2018, Unsworth called the move a "PR stunt" and told CNN that the submarine would never have worked. He said Musk could "stick his submarine where it hurts."

Musk lashed out in a series of tweets two days later, including one where he called Unsworth "pedo guy." The billionaire currently has 29.8 million Twitter followers.

In September 2018, the diver sued Musk for defamation.

Musk has apologized and said the term is a common insult in South Africa where he grew up and is not a reference to pedophilia.

But Unsworth's lawyers say Musk confirmed the latter understanding of the term in a follow-up tweet, and that he hired private investigators to find evidence linking their client to child molestation, which they were unable to do.

Unsworth denies the allegations that he is a pedophile. In order to win the defamation case, he will have to show that Musk's tweeting was negligent. This requires proving that the tweets are not true, that the CEO did not take reasonable efforts to confirm that they were true, and that they can reasonably be understood to refer to pedophilia.

Musk's lawyers will argue that the tweets were an opinion, not a statement of fact, and that no one thought Unsworth was a pedophile because of them.