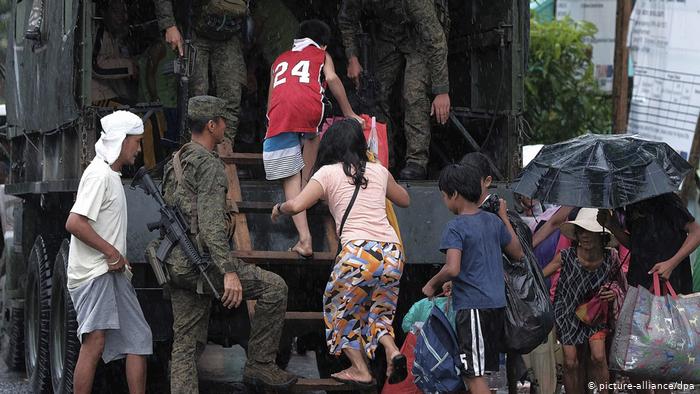 Manila: At least 17 people have died in the typhoon that unleashed torrents of rain and strong winds since Monday, causing serious damage in southern Luzon and central Philippine Samar provinces, the country's police and disaster agencies reports said on Wednesday.

In its 10:00 a.m. bulletin, PAGASA said Kammuri continues to move west-northwest at 15 km per hour (kph) as it heads to the South China Sea.

PAGASA said Kammuri, packing 95 kph winds and gusts of up to 115 kph, was spotted 290 km west southwest of Subic in Zambales province.

At least 18 were injured and at least two were missing, the reports added.

The NDRRMC, which is generally more conservative in assessing its numbers, has yet to issue the number of typhoon casualties.

Jalad said Kammuri damaged at least 38 houses in the affected regions, caused flooding in eight areas and cut the power supply in 203 areas.

Moreover, he reported that 329 domestic flights and 192 international flights were cancelled after the Manila International Airport Authority shut down airport operations for 12 hours, from 11:00 a.m. to 11:00 p.m. on Tuesday in anticipation of Kammuri.

A total of 3,330 sea passengers, 789 rolling cargoes, 28 vessels and 34 ferry boats were stranded by the typhoon, according to the NDRRMC.

Classes and work were suspended in 865 towns and 231 cities due to the threat posed by the typhoons, Jalad added.

Kammuri is the 20th typhoon to batter the Philippines this year. This archipelagic country experiences 20 typhoons every year on average, some of which are intense and truly devastating.

Landslides and flash floods are common across the Philippines during the rainy season, especially when typhoon hits.

In the early morning of Nov. 8, 2013, Typhoon Haiyan struck the central Philippines. With winds of more than 300 km per hour, Haiyan was one of the strongest storms ever recorded to hit land.

A total of 6,300 people died from storm surge when Haiyan barrelled the central Philippines in November 2013. The World Bank said Haiyan caused an estimated 12.9 billion U.S. dollars in damages, or about 4.7 percent of the Philippines' GDP.