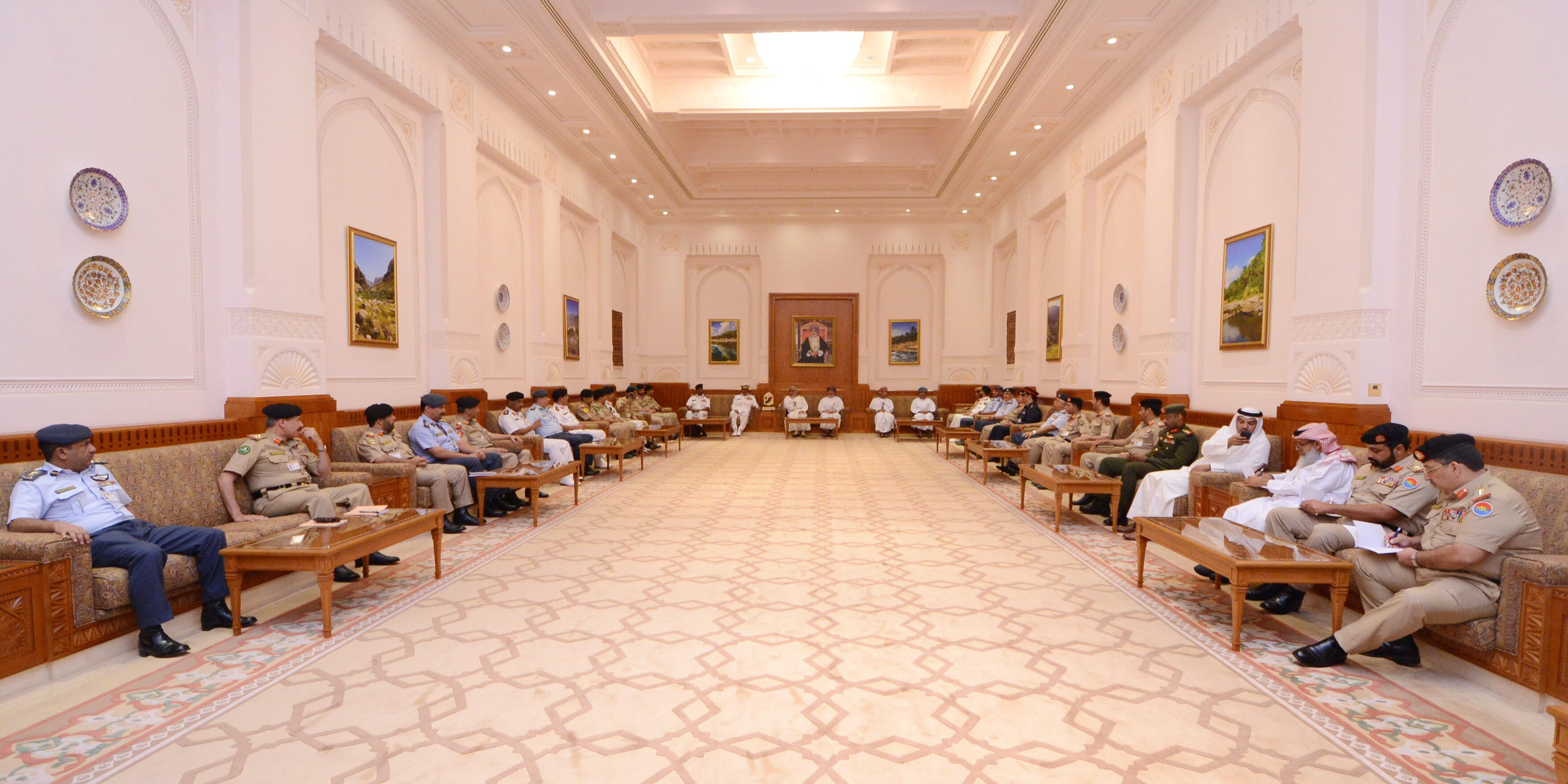 Muscat: His Excellency Dr Yahya bin Mahfoudh Al Manthri, State Council Chairman received on Tuesday the delegation of the National Defence Course No. 2 from Bahrain, as part of their current visit to the Sultanate.
The Council Chairman welcomed the delegation, commending the strong relations between the Sultanate of Oman and Bahrain.
He affirmed the high concern of His Majesty Sultan Qaboos bin Said to develop the Shura in the Sultanate, and reviewed the stages of the institutional implementation of the Shura and its development to keep pace with the aspirations of the people of the Sultanate at every development stage of the Blessed Renaissance.
On his part, Maj. Gen. Dr Abdullah bin Saeed Al Mansouri, Commander of the Royal College of Command, Staff and National Defence Bahrain, expressed his thanks and appreciation.
He expressed the delegation’s pleasure regarding this visit, which allowed them to understand the functions of the
State Council and the mechanism of its work.
The meeting was attended by Hon. Sayyid Dr Saeed bin Sultan Al Busaidy, Hon. Dr Rashid bin Salem Al Badi and Hon. Dr Salem Bin Najim Al Ghailani.
The visiting delegation saw a documentary on the State Council, toured the Council building and learned about its various facilities.