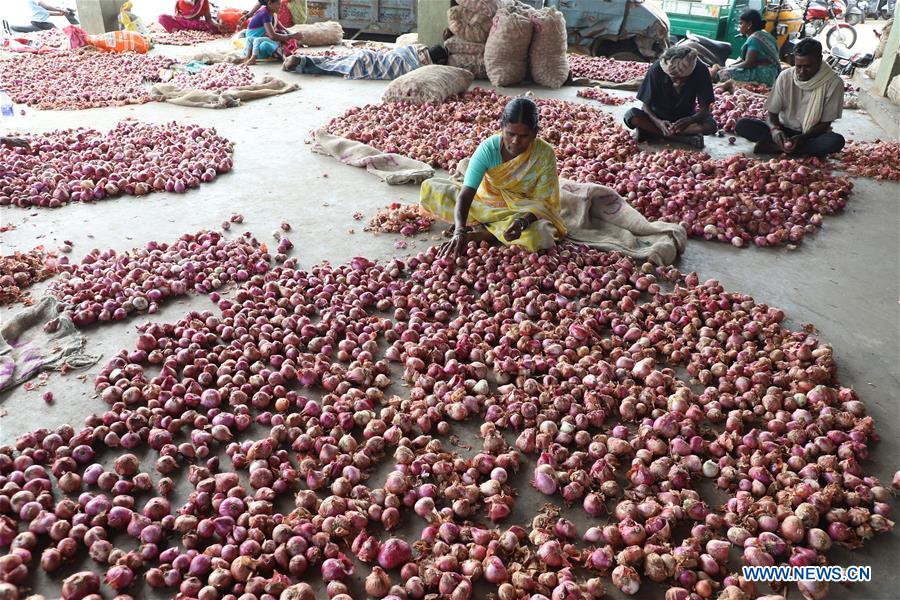 "The center has asked the state governments to crack down on traders hoarding onions, create buffer stocks and distribute imported edible bulb at a reasonable rate in order to provide relief to the common man from soaring prices," the broadcaster said.

The directions have come in the wake of the soaring onion prices across India.

Onion prices in various Indian states, including capital city New Delhi, have skyrocketed and the price of 1 kg in the retail market is around 1.41 U.S. dollars (100 INR).

Onions which form the main ingredient of Indian meal are otherwise sold at around 29 U.S. cents (INR 20) for 1 kg.

According to AIR, a senior official in the Indian government Rajiv Gauba on Monday chaired a meeting of the committee of secretaries to review the issue of rising onion prices across the country.

He directed the states that the overall availability of onions has to be beefed up to stabilize the prices, considering the temporary shortage. The cabinet secretary also asked the states to utilize their food and civil supply departments to procure and distribute onions at reasonable prices, according to AIR.

India has banned the export of onions and decided to import 120,000 metric tonnes to improve its availability in the domestic market.

India's state-owned trading enterprise Metals and Minerals Trading Corporation of India (MMTC) has ordered an import of 11,000 metric tonnes of onions from Turkey and 6,090 metric tonnes from Egypt.

The first consignment from Egypt is likely to reach Mumbai port this week.

The vegetable dealers attribute the price rise of onions to a shortage in domestic supply.

Officials blame late monsoon and cyclones for impacting sowing and crop arrival from main producing centers of Maharashtra, Andhra Pradesh and Karnataka, thus creating a shortage in the market.