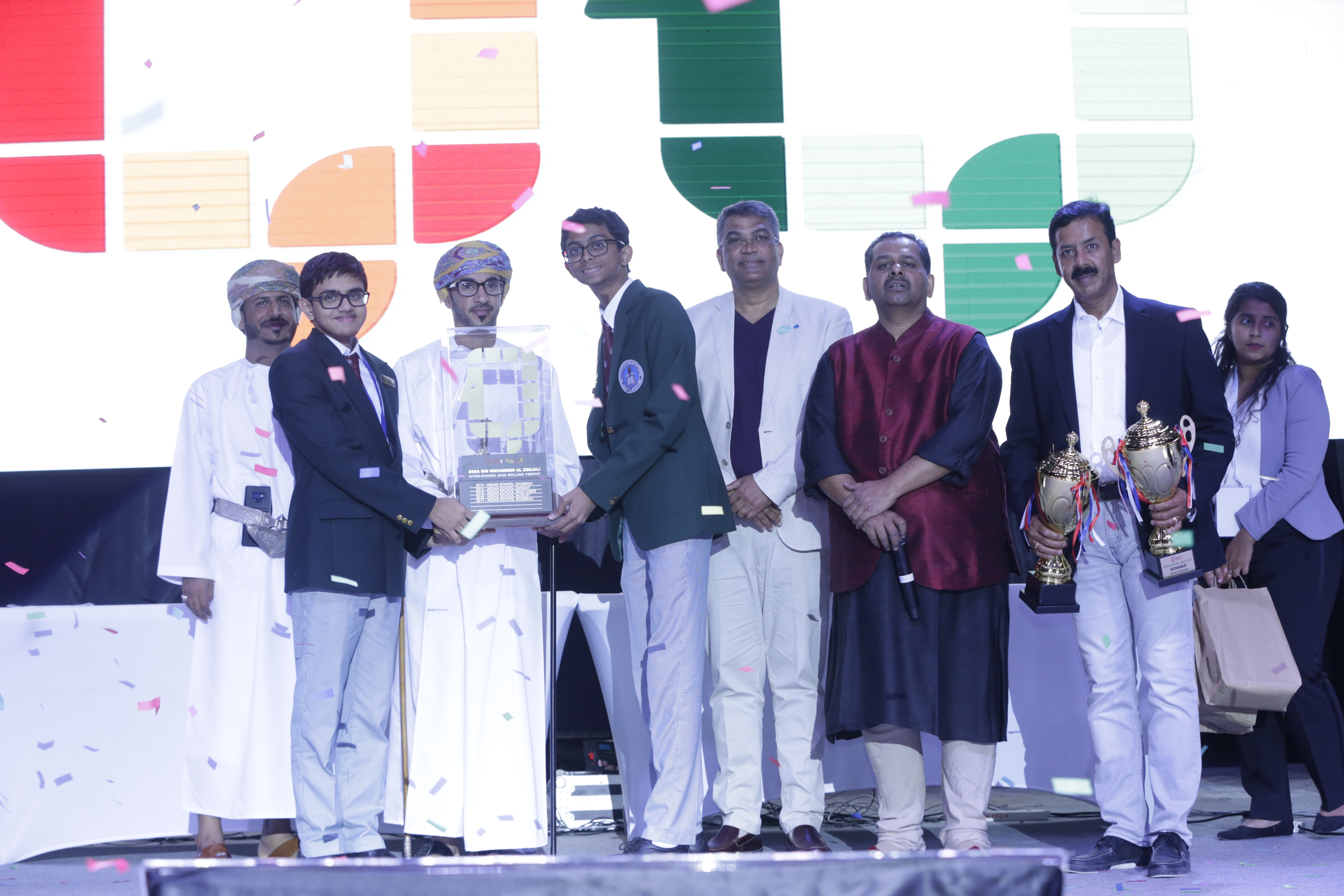 Muscat: Indian School Al Ghubra made a clean sweep of the senior and junior categories of the Times of Oman Interschool Quiz held at the Qurum Amphitheatre on Saturday evening.
Indian School Al Ghubra finished first among the eight teams that made it through to the finals. In the junior division, ISG, consisting of eighth graders Sabyasachi Chaudhary and S Bhavesh, started slow but finished with 300 points, scoring big in the buzzer rounds after Indian School Sohar had raced into a strong lead but finished with 200 points and ended runners up.
The Indian School Salalah team that travelled all the way from the Dhofar Governorate came third. In the senior level, ISG’s Anirudh Govil and Aditya Harish began strong and never looked back, scoring throughout the all-buzzer event.
Indian School Muscat finished second runners-up, while the boy-and-girl team from Indian School Darsait was the first runners-up.
Times of Oman and Muscat Media Group were represented by Fawaz Al Zadjali, who distributed the trophies to the winners and runners-up. Following the Times of Oman quiz, Shabiba’s Arabic quiz, Musabakat Bayn Madaris, will be held at the same venue, the City Amphitheatre, on Sunday evening. Both the Times of Oman and Shabiba quizzes are being organised and run by Orbit Events.