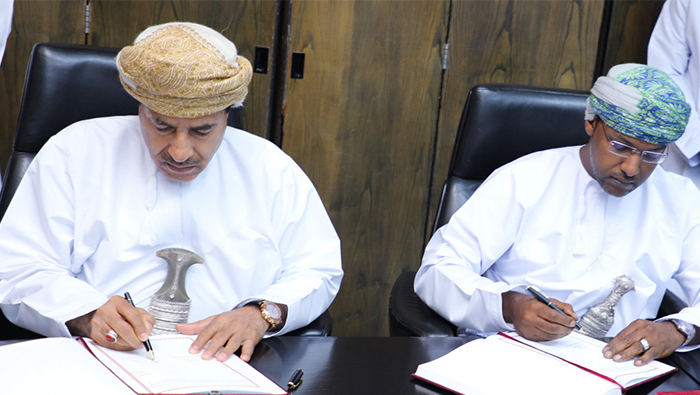 Muscat: The Central Bank of Oman adopted the Core-Function Document Management System approved by the National Records and Archives Authority (NRAA), which includes an outline for classifying core-function documents and files.
The agreement was signed by Tahir bin Salim Al Amri, Executive President of the Central Bank of Oman on behalf of CBO, and Dr Hamad Mohammed Al Dweiyani, Chairman of the National Records and Archives Authority on behalf of NRAA.
The System comprises the outline for classifying CBO core-function documents and files, in addition to the record retention schedules, that identify the three lifecycles of each type of documents and files: Current Stage, Intermediate Stage and Final Stage.
According to the Core-Function Document Management System, CBO will be able to organise all its documents and files as per the mechanism developed by the Classification System, which standardises the classification code and document/file title. On the other hand, NRAA will enhance its national memory with documents provided by CBO following specific procedures.
Tahir Al Amri noted that by adopting the Core-Function Document Management System, CBO will supply Oman’s national memory with numerous documents related to CBO, which will also contribute in archiving the important milestones encompassing CBO’s history. His Excellency also noted that CBO will train its employees on implementing the Core-Function Document Management System by conducting a training program in collaboration with NRAA, to achieve maximum benefit from this national system.
Al Dweiyani expressed his pleasure that CBO has adopted the Core-Function Document Management System, which complements the efforts exerted by NRAA in enhancing the system’s operation among Omani institutions, as well as in enriching the national memory with the milestones and achievements of the Blessed Renaissance across various disciplines and sectors. Finally, he commended the role and contribution of employees from both the organisations - CBO and NRAA - for successfully achieving the current progress in this joint national project.