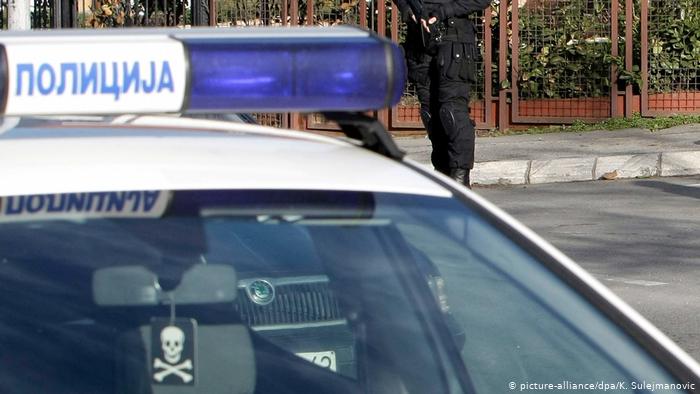 A shooting in Serbian high school saw a gym teacher confront and disarm a rifle-wielding assailant, allowing the students to escape.

Witnesses cited by the daily Blic said the shooter was in "full combat gear" during the Friday attack. In addition to the automatic rifle, he was also armed with a handgun, wearing a bullet-proof vest, and carrying a bag full of explosives.

The man walked into a full classroom during a philosophy lesson in the central Serbian town of Velika Plana.

"He started complaining that he was being threatened, that he was being persecuted, that someone wants to kill his wife, children," students told the daily Blic newspaper. "He asked us to connect him with state security, the president, the minister of interior."

Some of the students managed to call gym teacher Slavoljub Stojadinovic, who was in the school gym at the time, and tell him there was a "problem."

Talking to Serbia's national broadcaster RTS, Stojadinovic said he had no idea what the exact nature of the problem was. Stojadinovic confronted the attacker upon entering the classroom.

"At one point, the person wielding the automatic rifle turned his head towards the blackboard," the teacher told RTS.

"I took advantage of it; I jumped him, grabbed the rifle and asked the children, told them to get out," Stojadinovic added.

Serbian union UGS tweeted an image of the teacher.

The teacher said he was "wrestling the attacker" and tried to take control of the weapon. At one point, the intruder fired two shots towards Stojadinovic's head, but missed. Eventually, the teacher managed to remove the gun and subdue the shooter.

Police quickly appeared at the scene and arrested the attacker, Stojadinovic said. Authorities said the 46-year-old man was "not a student, not a parent, and has nothing to with the educational system." His motives were not immediately clear and some news outlets reported he was mentally ill.

None of the children were harmed in the attack but gym teacher Stojadinovic suffered cuts on his hands during the melee. Talking to RTS, he also complained of hearing trouble after shots fired pass his head.

Stojadinovic thanked the children for staying calm during the ordeal and said their welfare was top priority.

"Simply, these things should not be happening in schools and we (the teachers) are the people who need to prevent these incidents from happening," he said.