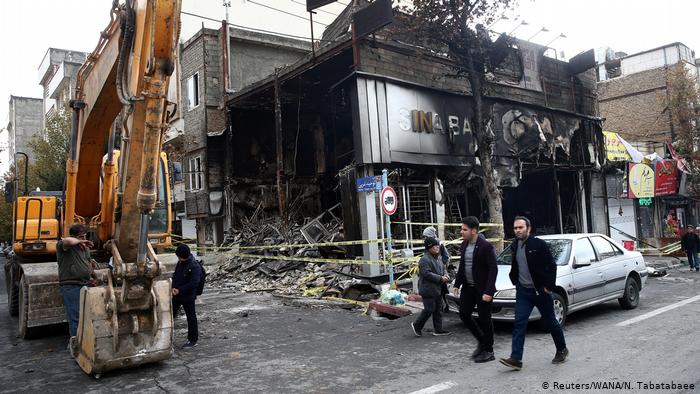 Iranians began to be able to access the internet again on Friday after a shutdown which lasted several days. The shutdown was instigated by authorities amid protests that kicked off following the government-set sharp increase in gasoline prices.

The gasoline hike was introduced a week ago and sparked widespread protests, but the loosening of the internet shutdown suggests that the government now believes it has managed to quell the demonstrations.

The news came on the same day that the US Treasury Department put sanctions on Iran's communications minister, Mohammad Javad Azari Jahromi, in light of the communications shutdown.

"Iran's leaders know that a free and open internet exposes their illegitimacy, so they seek to censor internet access to quell anti-regime protests," said US Treasury Secretary Steven Mnuchin.

Amnesty International said it believes the unrest and the crackdown by Iranian authorities has killed at least 106 people, as protesters burnt banks and gas stations and blocked roads.

Cleric: protesters should be "put to death"

During Friday prayers, a senior Iranian cleric said that some of the leaders of recent protests over fuel price hikes deserve to be put to death.

Ayatollah Ahmad Khatami said "some of the leaders of the unrest were anarchists that deserve the death sentence," adding that the worst of the protesters were the ones attacking mosques and other Islamic institutions.

"Approximately 100 leaders, heads and main figures of the recent unrest were identified and arrested in various parts of the country by the Islamic Revolutionary Guards Corps," spokesman for Iran's judiciary, Gholamhossein Esmaili, said, according to Reuters news agency.

Local media report that some of those arrested could face the death penalty. Over 1,000 protesters have been arrested overall in the last seven days.