Ex-CIA officer jailed for 19 years for spying for China 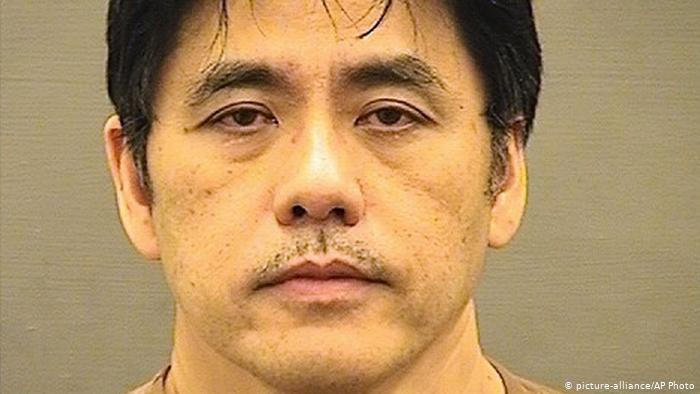 Jerry Chuan Shing Lee, a former CIA case officer, was sentenced by a US federal court on Friday to 19 years in prison for receiving $840,000 (€762,000) in exchange for information about US intelligence networks in China.

Prosecutors said Lee, 55, began accepting payments in 2010 from Chinese agents in Hong Kong over a period of three years, and likely gave them all the information he had from his 13-year career as a case officer from 1994 to 2007.

This information would have included CIA covert information collection methods and sources of intelligence. A 2017 report by the New York Times tied Lee's case to the destruction of the CIA's network of informants in China between 2010 and 2012.

According to the Times, "at least a dozen" sources the CIA had inside China were killed and imprisoned at least six others imprisoned.

"Lee betrayed his own country for greed and put his former colleagues at risk," said Timothy Slater, assistant director in the FBI's Washington field office.

When the FBI first began investigating Lee in 2012, a search of his hotel room in Hawaii turned up notebooks containing highly sensitive intelligence information, including the names of CIA assets, operational meeting locations, phone numbers and details on covert facilities.

Prosecutor Adam Small said the government believes Lee turned over information that was found in the notebook and a thumb drive.

After a six-year investigation, Lee was arrested in January 2018 at JFK airport in New York for illegally possessing classified US defense information. In May 2019, Lee pleaded guilty to one charge of conspiracy to deliver national defense information to aid a foreign government.

Although Lee pleaded guilty to conspiracy to commit espionage, defense lawyers said there was no proof Lee carried out any actual espionage. Lee denies ever having given the Chinese any information, or accepting any money.

Prosecutors acknowledged that they had no direct evidence to prove what information had been transmitted, nor proof that the $840,000 that Lee deposited into his bank account came from Chinese intelligence.

However, prosecutors said Lee was never able to explain where the money had come from. Lee had run a failed tobacco business in Hong Kong, and the "only logical conclusion" was that Chinese intelligence must have been getting "high quality information" from him.

Lee is the third American former intelligence official in a little more than a year convicted of offenses related to spying for China.