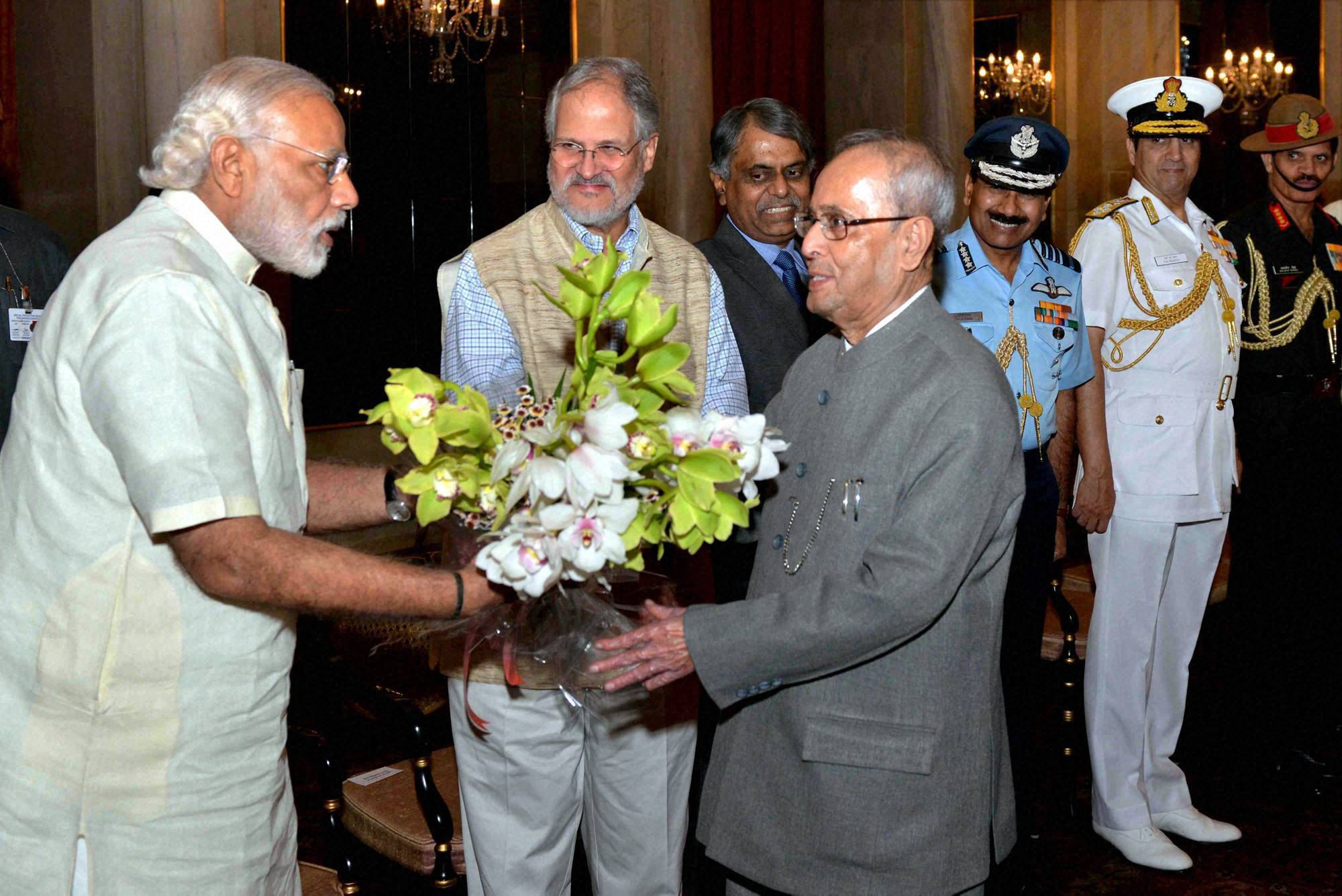 New Delhi: President of India Pranab Mukherjee on Wednesday embarked on a six-day trip to Papua New Guinea (PNG) and New Zealand, his first state visit to the two countries, which is seen as a push to India's 'Act East' policy.
The visit is likely to give a push to Indian pharmaceutical companies to set up businesses in the Pacific nation after the local government withdrew a ban in January.
The president was given a send off at Rashtrapati Bhavan by Vice-President Hamid Ansari, Prime Minister Narendra Modi, besides three Service Chiefs and senior bureaucrats.
Terming the visit as 'Act East', a natural extension of the government's 'Look East' policy, President's Press Secretary Venu Rajamony had told reporters it would play a significant role in strengthening India's economic relations with Pacific nations like PNG.
Mukherjee will reach PNG on Thursday after which he will witness signing of agreements in the fields of health, economic cooperation and Information Technology besides addressing the students and business community. The president was accompanied by Minister of State for Agriculture Sanjeev Baliyan and a three-member delegation of Members of Parliament.
The PNG, the largest Pacific Island nation, is looking towards India for enhanced cooperation in the health sector and capacity building in Information Technology, Joint Secretary (South) in External Affairs Ministry Jaideep Majumdar had said.
The country has large natural resources of oil, gas and minerals. The discussions regarding cooperation in these areas will be taken forward after the conclusion of President's visit, Majumdar had said.
During the second conference of Pacific nations held in India last year, New Delhi had offered radars for coastal surveillance and patrolling craft for maritime security to the PNG, he had said.
About the president's visit to New Zealand, which starts from April 30, Majumdar said India traditionally shared close relations with that country. The Indian diaspora of 175,000 helps to further cement our ties, he had said. The two sides will look at prospects for cooperation in agriculture, dairy, food processing, education and skill development as well as high technology.
New Zealand Prime Minister John Key had visited India in 2011 and its Governor General in 2008, 2009 and 2011. The last high-level visit from India was by the then Prime Minister Rajiv Gandhi in 1986.