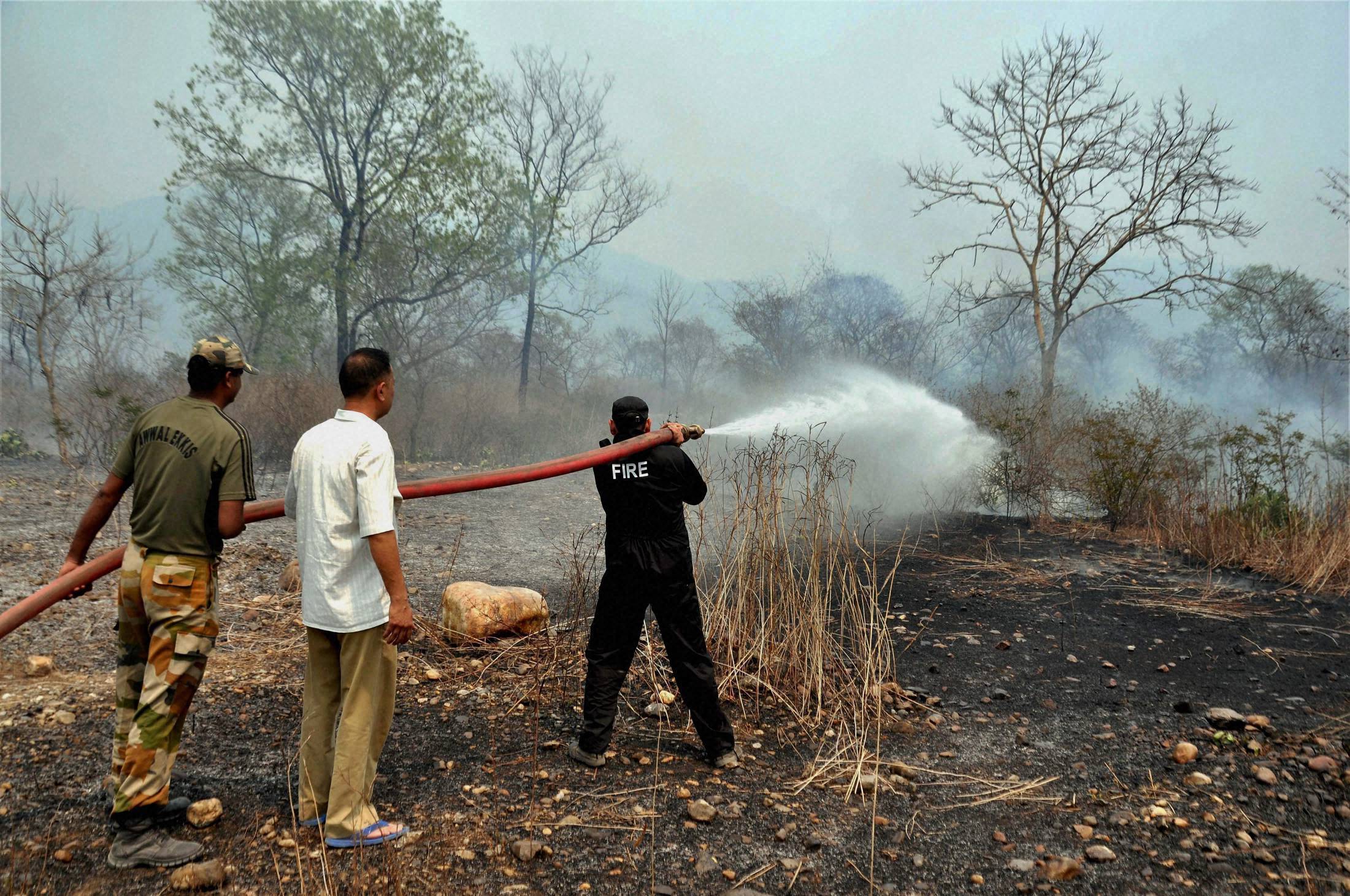 Dehradun: A long awaited spell of showers lashed most parts of north Indian state of Uttarakhand on Wednesday supplementing fire dousing operations across the state in a huge way even as the toll in the blazing forest fires rose to nine with two more deaths reported from Nainital.
Rains which started on Tuesday evening in the higher reaches of the mountains lashed the plains overnight drenching the forests and buttressing efforts being put in by the agencies engaged in a massive firefighting exercise in the state with over 11,000 personnel at work on the ground.
Claiming that the forest fire situation in the state is well under control now, Chief Secretary Shatrughna Singh said a total of 90 forest fires were sighted on Wednesday out of which 76 were immediately extinguished and the remaining 14 will also soon be brought under control.
Officials said the three Indian Air Force choppers were not used on Wednesday for water sprinkling operations. Two more deaths were reported from Nainital taking the total number of people killed in fire-related incidents across the state since February 2 to nine.
Light to moderate rains hit the higher reaches of the mountains in the evening on Tuesday and swept the plains overnight with Munsyari in the hills receiving 11 mm of rains and Dehradun in the plains recording 10 mm of showers, Director MeT department Vikram Singh said.
So far almost all the places in the state have received rain in varying degrees including Tyuni, Utttarkashi, Purola, Munsyari, Chamoli and Joshimath bringing the temperatures down by almost two degrees since Monday, he said, adding the downward trend will continue for a couple of days more.
"It is going to supplement the firefighting operations underway in a major way as it will settle the plumes of smoke rising from flaming forests which had reduced visibility besides moisturising the woods which is likely to bring down the number of fresh fire incidents," the MeT director said.
According to latest data released by Principal Conservator of Forest BP Gupta, 3739 hectares of forest land lie ravaged by forest fires in the state.