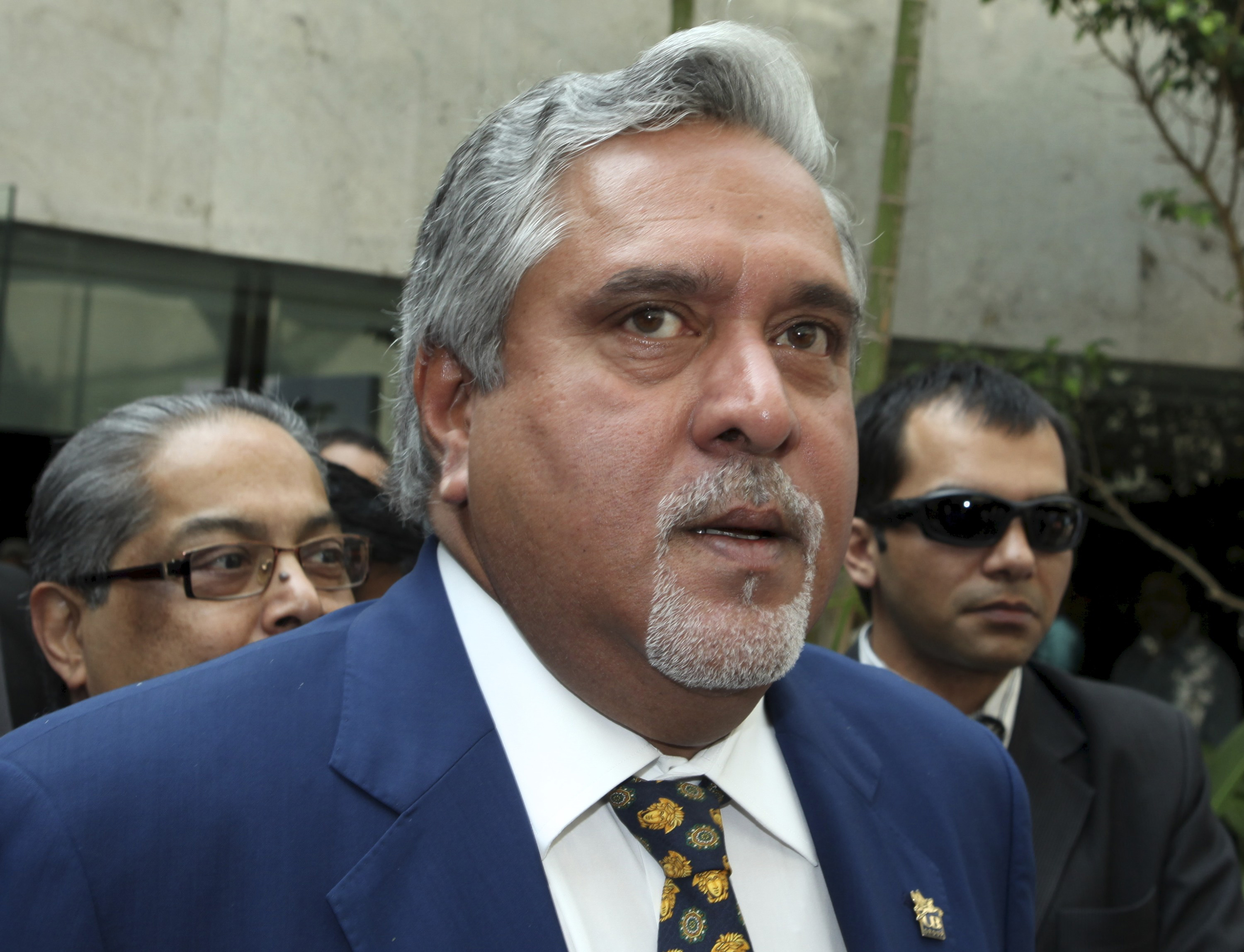 New Delhi: Cracking the whip, the Ethics Committee of Rajya Sabha on Wednesday recommended the expulsion of business tycoon and Independent MP Vijay Mallya with immediate effect, rejecting his defence on the matter and dismissing his resignation.
Mallya is facing a case of loan default of over Rs94 billion and his resignation sent to Rajya Sabha Chairman already stands rejected.
"Having considered the whole matter, including Dr Mallya's letter, the Committee on Ethics unanimously decided at its meeting on May 3 to recommend to the House that Dr Vijay Mallya be expelled with immediate effect," the Committee on Ethics headed by senior Congress leader Karan Singh said in the report.
In its 10th report tabled in the Upper House on Wednesday by Singh, the panel said, "The Committee hopes that by taking such stern action, a message would reach the general public that Parliament is committed to take such steps as are necessary against erring members to uphold the dignity and prestige of this great institution."
The Upper House will now take a call on the recommendation made by the ethics panel in the report "on the non-disclosure of liabilities such as the loans taken from different banks in his assets and liabilities returns by Vijay Mallya, Member, Rajya Sabha."
Rajya Sabha Chairman Hamid Ansari had on Tuesday turned down his resignation on procedural grounds while the Ethics Committee also found loopholes in his defence and decided to recommend his expulsion after having examined his reply.
Mallya, in his letter in response to the panel's offer to explain his position, "has raised some legal and constitutional issues which are not tenable, because the Supreme Court has clearly upheld the power of the Rajya Sabha to expel its members for gross misconduct unbecoming of a Member of the House", the Ethics panel report said.
The panel said "it is a matter of regret that Dr Mallya has thought it fit to impugn the (Supreme Court) judgment and impartiality of the Committee on Ethics as well as the entire House."
The issue was raised in Rajya Sabha on March 19 during which a demand was raised to refer the matter to Ethics Committee. On March 14, Ansari referred the matter to the panel.
In its first meeting on the same day, the committee called for basic information from the ministries and agencies concerned on the loan default matter.
After the Finance Minister furnished bank details of total amount due from Kingfisher Airlines Limited (KAL) of Mallya, mentioning a "staggering" due of Rs94.31 billion due to it, the panel examined the matter on April 25 and decided to seek an explanation from Mallya as it also took note of various other developments like issuing of non-bailable warrant against him and revocation of his passport.
"The committee was of the firm view that taking into consideration the gravity of the misconduct, a sanction not less than termination of membership from the House is warranted under the circumstances.
The committee, however, decided to offer an opportunity in terms of principle of justice to Mallya to explain his position on the matter," the report said.
Citing various rules, the panel said it was convinced that non-disclosures of liabilities by Mallya in his declarations is a "serious misconduct" within the parameter of the edifice of the rules and procedure governing ethical standards set for members of Rajya Sabha.
It also felt that the basic information supplied by the Ministry of Finance has confirmed the fact that Mallya, by executing his personal and corporate guarantee, created a liability of an amount equivalent to the loans taken from several banks, which he should have reflected fairly and properly his declaration of assets and liabilities.
Besides considering various rules of Parliament, the panel also took into account two important passages regarding the House of Commons of UK regarding the expulsion of an MP.
Citing various rules and court orders, Mallya, had, however, said in his reply that that he was confident and convinced that there is "no tenable basis" for the "so-called" unanimous decision reached by Ethics Committee to recommend his expulsion.