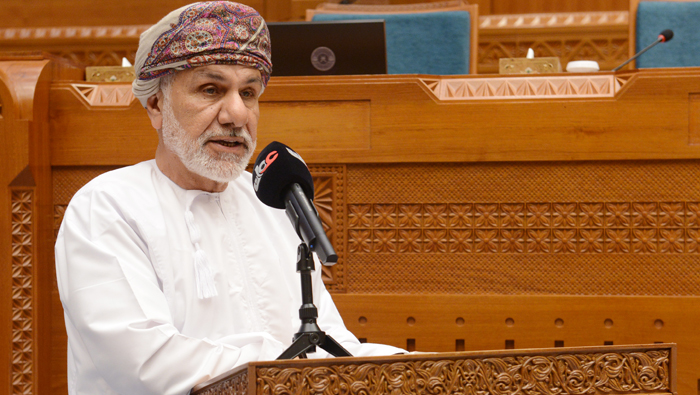 Muscat: Under orders from His Majesty Sultan Qaboos bin Said on Thursday, the State Council held the first session of the first annual meeting of its seventh term, which will run from 2019 to 2023.
Dr Yahya bin Mafoudh Al Mantheri, the Chairman of the State Council said, “Welcome to the State Council that His Majesty imagines as another strong building block of the Omani society. This council will reinforce the achievements gained, even as we stay committed to the principles that His Majesty—the establishment of the foundations of authentic Shura, stemming from the nation’s heritage, values and the Islamic Law, proud of its history and taking advantage of the methods and tools of modern times.”
He congratulated the members for being recipients of the Royal high trust, and asked them to deliver dedicated service to the nation, its righteous Sultan and its loyal people. Al Mantheri stressed that all the divisions of the Council and its staff will extend support to the members in the performance of the tasks assigned to them.
The sixth term was one of the most active phases for the council, during which 54 annual sittings discussed more than 25 draft laws referred by the Council of Ministers and the Majlis Al Shura. It also discussed and approved nearly 30 topics and studies (topics of study) dealing with the economic, social and cultural aspects of the Sultanate.
His Excellency expressed his conviction that the council members will spare no effort to keep up the momentum of activity through the conduct of their meetings, actions and vision in the perusal of all the topics presented to them. In addition, they will value the importance of presenting them for discussions in matters pertaining to the council in order to perform their responsibility toward the accomplishment of national goals .