Many Indians make it to Forbes Middle East rich list 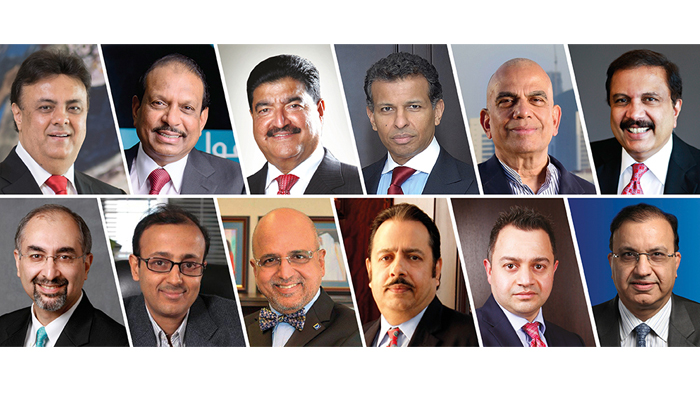 MUSCAT: Many Indians, who have businesses in Oman, have been named among the Forbes Middle East top Indian leaders list.
Among them are Kiran Asher, group managing director, Al Ansari Trading Enterprise, Yusuf Ali M.A., managing director of Lulu Group International, Mukesh Jagtiani, chairman of Landmark Group, Dr BR Shetty, founder of NMC Hospitals and the UAE Exchange, PNC Menon, chairman of Sobha Group Real Estate and Construction, Dr Azad Moopen, chairman of DM Group and Dr Shamsheer Vayalil Parambath, managing director of VPS Healthcare.
The rankings were based on top 100 Indian Entrepreneurs and the top 50 Indians in executive management in both multinationals and Arab companies.
Among the Top Indian Business Leaders in the Arab World 2016 (Executives) list are Vijay Malhotra, chairman and chief executive officer, United Arab Emirates and Oman at KPMG Lower Gulf.
Forbes Middle East said some of the leaders had inherited family businesses that have been operating in the region for decades, with 10 current businesses being half a century old.
“These tycoons have businesses spanning 24 different industries,” it said.
Forbes Middle East held an exclusive award ceremony last night to celebrate these Indian trailblazers.
The fourth Top Indian Leaders in the Arab World 2016 event was held in Dubai and was attended by around 300 prominent individuals.
TP Seetharam, ambassador of India to the UAE, also graced the occasion as the guest of honour.
“The contribution of Indian businesspeople in the region is well known and acknowledged to be very significant and this is expected to grow in the years to come,” the Indian envoy said.
“In the last year, we have not only seen people-to-people relationships prosper, but also observed a strengthening of the government-to-government bond. This confirms that our ties with the region go beyond the transactional relationship and have entered a more comprehensive strategic partnership. I would like to congratulate everyone and I am grateful to Forbes Middle East for inviting me to this event for the third consecutive year,” he added.
The list of 100 entrepreneurs was shortlisted from a list of 250 and the research was based on data collected from primary resources and a questionnaire filled by them.
The selection for top 100 entrepreneurs was based on: revenues, number of employees, age of the company, visibility: professional associations and media exposure.
The selection for the top 50 executives was based on work experience, geographical reach, number of employees and title.