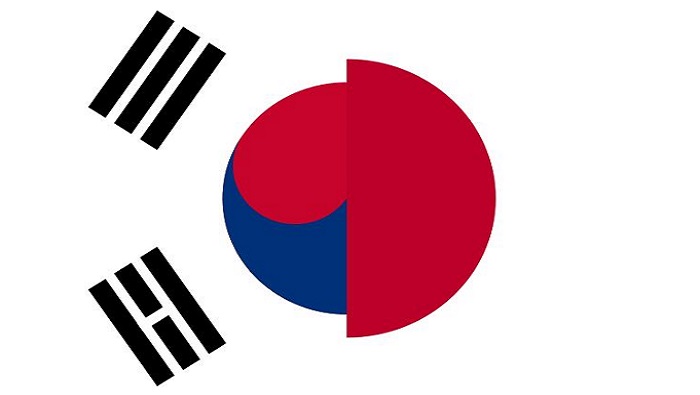 TOKYO : Business lobbies from Japan and South Korea agreed here on Friday that the continuation of dialogue was important as is the cooperation by both sides towards future-oriented relations.

The agreement was made amid strained political ties between both countries related to an ongoing wartime labor dispute that has spilled over into a tit-for-tat trade spat.

"Under any political or diplomatic relations, we recognize the importance to continue private-sector exchanges and further expand and deepen the two countries' economic and industrial cooperative ties through dialogue," the Japan Business Federation and the Federation of Korean Industries said in a joint statement issued after their meeting in Tokyo.

"We have renewed the determination to contribute to the future-oriented development in Japanese-South Korean relationship," the statement said.

The meeting between both lobbies was held for the fist time since 2017 and comprised 10 members of the Japanese federation headed by Chairman Hiroaki Nakanishi and 13 members from the Federation of Korean Industries led by Chairman Chang Soo-huh.

"Japan and South Korea are fully embedded in one supply chain. South Korea is an indispensable partner," said Nakanishi, who is also chairman of Hitachi Ltd., at the meeting.

Businesses in Japan have been hit by South Korean consumers boycotting Japanese goods after Japan tightened export controls on some goods to South Korea.

Amid the campaign to boycott Japanese goods and services as well as plunging number of South Korean visitors to Japan, sales of Japanese retailers like Uniqlo, Shiseido Co. and Descente Ltd. have taken a hit, industry insiders said.

The campaign followed a wartime labor row between both countries regarding the use by Japan of forced laborers during its 1910-1945 colonial rule of the Korean Peninsula.

Japan claimed that the rulings made by South Korea's top courts for Japanese firms to pay compensation to the plaintiffs connected to the forced wartime labor issue, are not in line with international law and run contrary to the foundation of friendly and cooperative relations between the two neighbors since the 1965 normalization of diplomatic ties.

Japan hit back with tighter export controls on some materials used in high-tech products by South Korean firms, including some essential for use in smartphone displays and chips, mainstays of South Korea's tech-forward economy and integral to some key supply chains that flow from Japan and through South Korea onward.

It went on to remove South Korea from its "whitelist" of nations entitled to simplified export control procedures.

South Korea retaliated by taking Japan off its own "whitelist" of trusted trade partners and announced tighter restrictions on certain imports from Japan, including coal ash and some waste recycling materials.

South Korea followed up by announcing its decision to scrap the General Security of Military Information Agreement (GSOMIA) with Japan, on exchanging classified military information.

GSOMIA is a bilateral military intelligence-sharing accord signed between both countries in November 2016. It comes up for renewal each year, but can be cancelled by either party giving notice by Aug. 24, which South Korea has done.

As politically, both countries remain at odds over a number of issues, the two sets of business leaders on Friday agreed to hold the next round of talks in 2020 in Seoul and are keen for private-sector business exchanges to strengthen, henceforth.