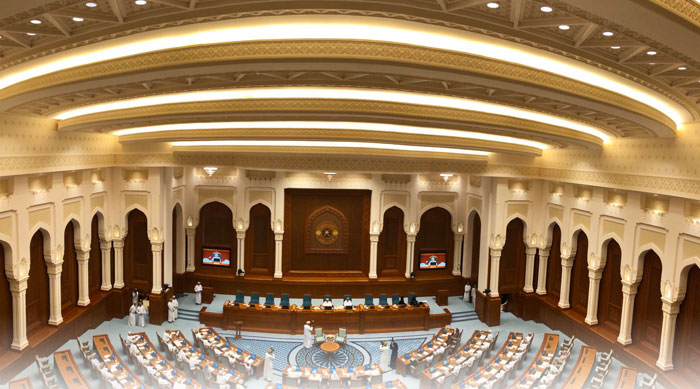 Dr Yahya bin Mahfoudh Al Mantheri, Chairman of the Council, said in his address that the 1st procedural session of the first annual sitting of the seven term coincides with the Sultanate’s celebration of the Glorious 49h National Day. He congratulated the members on the Royal confidence of His Majesty Sultan Qaboos bin Said for appointing them as members in the current term.

The State Council is the upper house of the Council of Oman. It has 83 members all of whom are appointed by the Sultan.