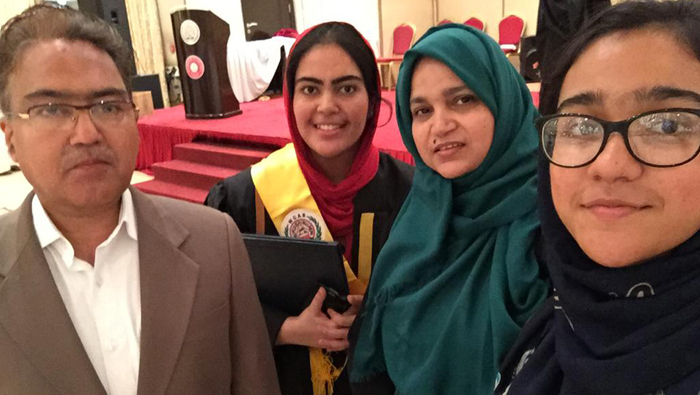 Muscat: Moneesa Abeer dreams of one day becoming an astronaut at NASA. And she has taken a major step in that direction by winning the space agency’s global astro photo competition.
She took part in NASA’s Astrophoto Challenge when she was a student of Engineering at Waljat College of Applied Sciences.
The competition, which encourages students to take and share pictures of our vast universe, boosted her confidence towards carving a career in the field of space exploration.
“I was born and brought up in Oman, I’ve done all of my education here,” said the 23-year-old, speaking to Times of Oman.
The NASA competition had two parts. It has a data challenge, and it has a micro-observatory challenge. “I took part in the micro-observatory challenge, and in this, there were many tests and many procedures to follow,” said Moneesa, who hails from India. “Firstly, I had to capture, through a telescope, my own real-time image. NASA had given us the software, and we had to process these images using that software, after which I had to write a report describing our approach behind it.”
Moneesa received plenty of encouragement from her parents, who advised her to aim for the stars – a feat she wants to literally accomplish one day.
“This image is the Whirlpool Galaxy,” said Moneesa. “This was the target image that I chose to process. You have to choose your filters accordingly so you can show the galaxy clearly. I had to adjust the scaling, the coordinates, the contrast, everything, by myself. The telescope through which I took the picture was designed in such a way that I could even control it through software on my laptop.”
“We had to fill in the details and programme these into the telescope. Once done, the image would take a full 24 hours to capture and process,” she explained.