Film releases and shows in the coming weeks 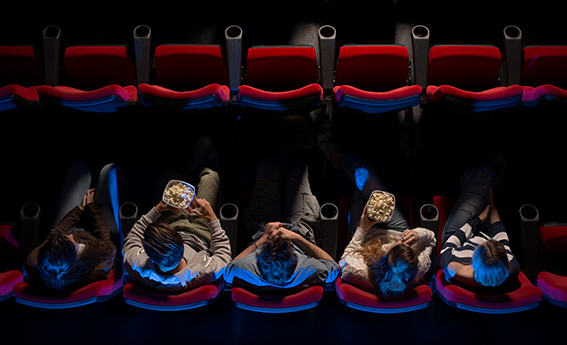 If going to the movies or the opera is your version of therapy, here are the top releases and upcoming shows to look out for.

Hindi
Bala – While we are still wondering what is with Bollywood’s sudden obsession with balding men, this movie quite humorously displays the journey of a prematurely balding man, the challenges he faces, and his battles against society. With a stellar performance from all the actors, an unconventional story, and great dialogues, the movie is not just entertaining but highlights situations that are strangely relatable.
Duration: 145 minutes
Cast: Ayushmann Khurrana, Yami Gautam, Bhumi Pednekar.

Tamil
Bigil – A sports movie that has all its core elements in place, this story is an excellent amalgamation of action, drama, and women empowerment. Vijay plays a passionate football player whose life is filled with violence, which ultimately forces him to give up his passion. An unexpected twist unfolds when a similar tragedy with his dear friend forces him back on the field, and he is entrusted with the responsibility of training an all-girls football team. The story revolves around Vijay trying to fulfill his father’s dream of uplifting the unprivileged sections of society through sports, along with the hurdles of his own life.
Duration: 190 minutes
Cast: Vijay, Yogi Babu, Nayanthara Kurien, Jackie Shroff.

Frozen 2 – A children’s favourite, Elsa is back in an all-new adventure. Anna, Elsa and Olaf the Snowman reunite in a sequel that promises to be just as touching as the first movie. The characters are more evolved, the script feels more mature, and the songs are even catchier. Kids or adults, it’s a great movie for any age.
Cast: Josh Gad, Idina Menzel, Kristen Bell

Upcoming Performances
Anna Bolena – A tragic opera by Gaetano Donizetti, this will be performed by Opéra Royal De Wallonie. The act recounts the life of Anne Boleyn, the second wife of England's King Henry VIII. Gaetano Donizetti, one of the finest composers of Italian opera, rose to fame after the overwhelming success of Anna Bolena, which premiered in the late December of 1830.
Dates: 28th and 30th November, 2019