Italy: Venice floods cause mayor to declare a state of emergency 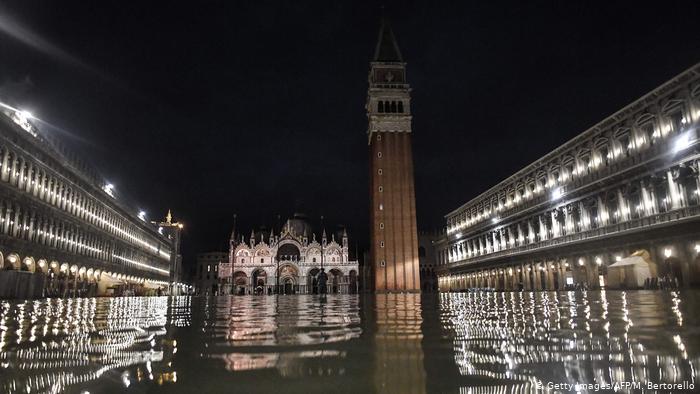 Venice called a state of emergency after severe floods swamped its historic basilica and left many of its squares and alleyways inundated with water.

Flood levels were the second-highest ever recorded, peaking at 187 centimeters (74 inches), just shy of the 194 centimeters recorded in 1966.

One man died overnight, electrocuted as he operated an electric pump on Pellestrina, one of the many islands in the Venetian lagoon, according to the fire brigade.

"The situation is dramatic," Brugnaro said on Twitter. "We ask the government to help us. The cost will be high. This is the result of climate change."

He added: "A high tide of 187 centimeters is going to leave an indelible wound."

Much of Italy has been hit with torrential rains in recent days, causing widespread flooding.

Water levels were more than one meter in Saint Mark's Square, while Saint Mark's Basilica was flooded for only the sixth time in 1,200 years.

Water levels receded slightly on Wednesday to 145 centimeters, but were expected to rise back to 160 centimeters during the day.

A controversial undersea barrier system is nearing completetion, but the major project may not be enough to prevent such high levels of floods in the future, according to governor of the Veneto region, Luca Zaia.