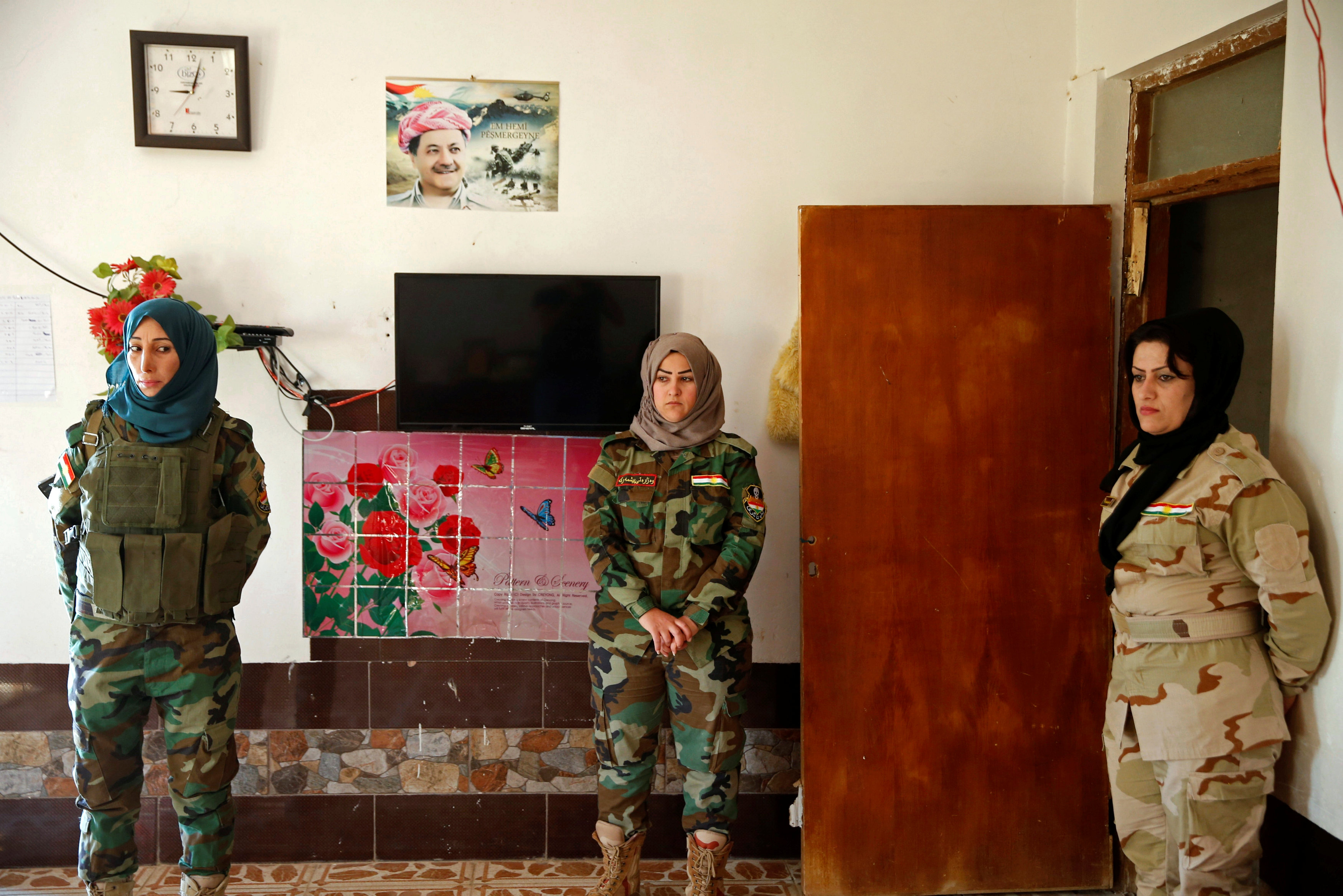 Nawaran (Iraq): When IS militant group swept into the northern Iraqi town of Sinjar in 2014, a few young Yazidi women took up arms against the militants attacking women and girls from their community.
"They took eight of my neighbours and I saw they were killing the children," Asema Dahir told Reuters last month at a checkpoint near a front line north of Mosul.
Dressed in military fatigues, the 21-year-old is now part of an all-female unit in the Kurdish peshmerga forces, which have played an important role in pushing back IS in northern Iraq.
The killing and enslaving of thousands from Iraq's minority Yazidi community focused international attention on the group's violent campaign to impose its radical ideology and prompted Washington to launch an air offensive.
It also prompted the formation of this unusual 30-woman unit made up of Yazidis as well as Kurds from Iraq and neighbouring Syria. For them, only one thing matters: revenge for the women raped, beaten and executed by the militants.
Dahir said she was stunned by the brutality of the militants, some of whom were neighbours and others from outside the area.
"They killed my uncle and took my cousin's wife who had only just married eight days earlier," she said, her piercing eyes clouding over. The bride, like thousands of other Yazidi women, is still being held by the militants.
During the firefights that raged across Sinjar in 2014, Dahir said she killed two IS militants before being shot in the leg. Reuters could not independently verify the fighters' personal accounts.
Well-worn photographs of children and families tucked into the edge of mirrors or pressed onto walls in the women's spartan barracks are reminders of what they have sacrificed to join the fight.
Haseba Nauzad, the unit's 24-year-old commander, lost her marriage. She was living with her husband in Turkey when IS swept through northern Iraq and announced its so-called caliphate over areas that included traditional Kurdish lands.
"I saw them raping my Kurdish sisters and I couldn't accept this injustice," Nauzad said.
Her husband wanted to pay human smugglers to take them to Europe along with more than a million others fleeing conflict in the region, but she insisted on going home to fight the hardliners.
"I put my personal life aside, and I came to defend my Kurdish sisters and mothers and stand against this enemy," she said. She has lost contact with her husband since he arrived in Germany.
In a society where women are often expected to stay at home, these women say gender does not keep them from entering battle.
"If a man can carry a weapon, a woman can do the same," said Nauzad. "The men are inspired to fight harder when they see women standing in the same battlefield as them."
The women in the unit are convinced IS militants are scared of women fighters "because they think if they are killed by a woman, they will not go to heaven," said Nauzad.
"This story encourages more women to join the fight."