This authority at Duqm resolves job issue of 158 workers 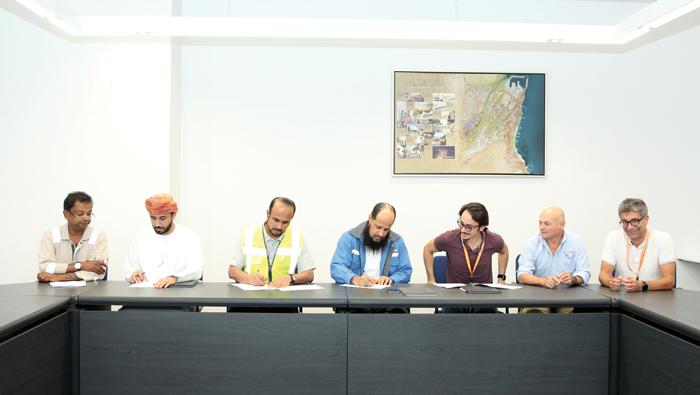 Muscat: The Special Economic Zone Authority at Duqm (SEZAD)on Wednesday stepped in to resolve the employment situation of 158 workers who were under a company that had not received the required approval for some of its operations.
The workers were employed by a company that was contracted to provide security to the Duqm Refinery project. However, the company had not received the correct clearance from the Royal Oman Police, and in doing so, violated Royal Decree Number 24/99, which regulates the practice of providing additional security services.
In addition, it did not comply with the registration and licensing requirements of the Special Economic Zone Authority at Duqm.
A SEZAD spokesman said, “Dr. Ismail bin Ahmed Al Balushi, Acting Chief Executive Officer of the Special Economic Zone Authority at Duqm, chaired the meeting of officials representing Duqm Refinery Company, contractors executing the refinery project, and the Ministry of Manpower.
“During the meeting, a decision was taken to place all the 158 employees with the main and sub-contractors working on the refinery project,” added the official. “SAIPEM Company will accommodate 72 staff, TR and Daiwoo will employ 24 staff, Petrofac and Samsung JV will take another 22, while other sub-contractors will hire the rest of employees within three weeks from the date of the meeting,” he said.